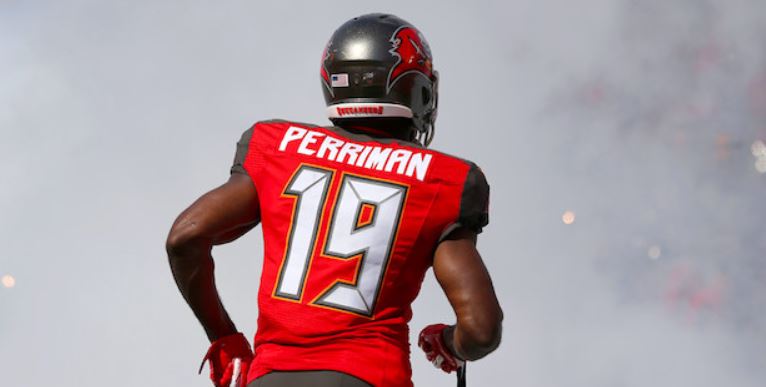 Last season there was a lot of talk that Adam Gase wasn’t a huge fan of Robby Anderson’s. That seems to be the case today as Anderson signed with the Carolina Panthers. He is reuniting with Matt Rhule who was his former head coach at Temple. Anderson received a two-year 20 million dollar deal which seems reasonable. Joe Douglas seems to have let Anderson walk, instead opting to sign former Tampa Bay Bucs wide receiver Breshard Perriman.

Former Bucs’ WR Breshad Perriman is signing with the Jets on a one-year deal for worth up to $8 million, including $6 million guaranteed, per @RosenhausSports.

Free agent Breshad Perriman is signing with the #Jets on a one-year deal for worth up to $8m with $6m guaranteed, per @RosenhausSports. Robby Anderson goes out, Perriman goes in.

The 6’2″, 215lb Perriman was selected in the first-round of the 2015 NFL draft. He was released by the Ravens in September of 2018 and originally signed with the Washington Redskins but was waived 5 days later. Then he signed with the Cleveland Browns and played one season there. He spent last year with the Tampa Bay Buccaneers and had his best season in the NFL. In 14 games he had 645 receiving yards. His career stats appear below but where it really gets interesting is how he closed out last season. Look at his numbers for the last five games of the year.

You can read more about Breshard Perriman to the Jets in our forums.