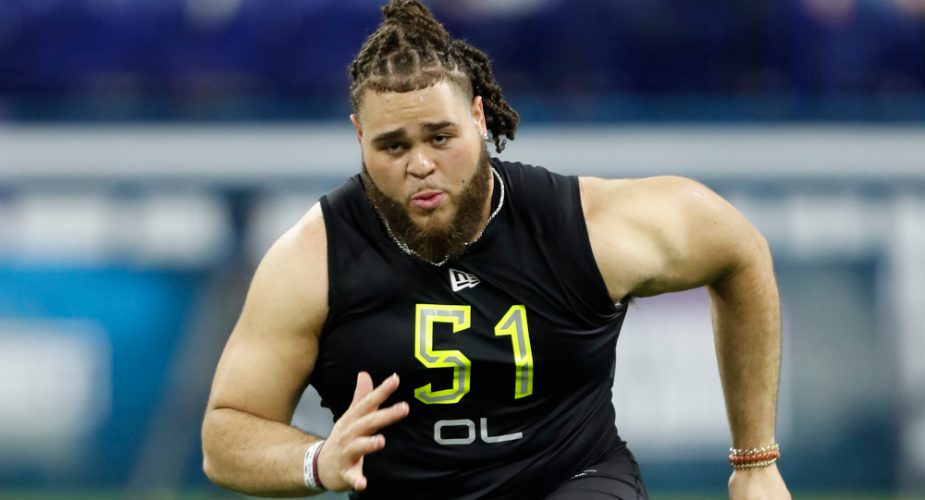 Jedrick Wills made a total of 28 career starts for the Crimson Tide, including 27 straight. He played every game at right tackle, protecting quarterback Tua Tagovailoa’s blindside. During his breakout junior season in Alabama, Wills played a total of 714 snaps, allowing only one sack. One of Wills’ best traits is his hands in pass protection, and he probably has the strongest hands of all the linemen in the class, something he proved at the combine during individual drills.

Wills has a quick first step, even if he lacks overall speed, and while speed isn’t the “be all end all” for big men in the trenches, his 10-yard split of 1.81 is right where it needs to be. He is the true definition of a mauler, bullying most defenders that get in his way.

Throughout the draft process, Wills has been pegged as OT1 on many big boards. Although a lot of buzz has surrounded Tristan Wirfs and Mekhi Becton following their performances in Indianapolis, Wills could still be the first offensive lineman selected in April. Could the Jets get lucky and have another top prospect fall to them in the first round? The choice is an almost no-brainer at 11 for New York. Even if he plays on the right side for a year or two, he will transition well to the left side as Sam Darnold’s blindside blocker.