Jets Hope Mt. Mekhi Will be Rock Solid for Near and Long-Term 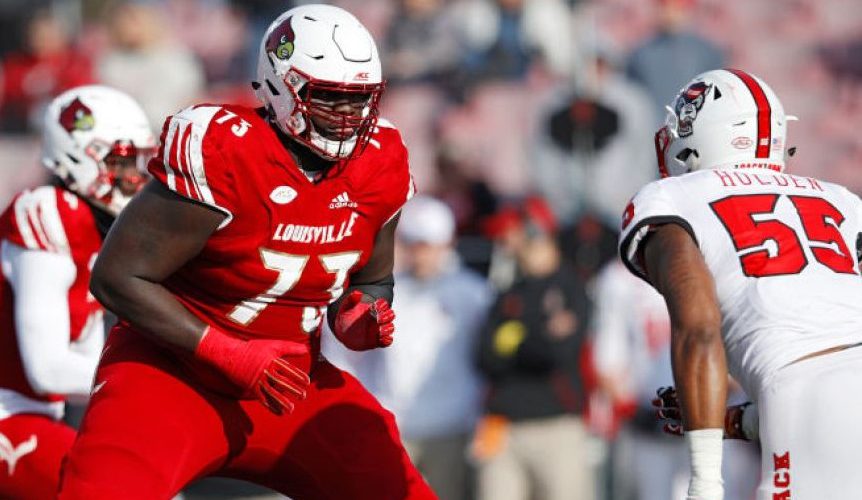 Sam Darnold just might have a brand new best friend.  Despite plenty of clamoring for his team to take a wide receiver with the 11th overall pick, Joe Douglas was always going to choose a left tackle if one fell to him, and as it turned out, there were two on the board in Mekhi Becton and Tristan Wirfs.  Douglas chose the mountain of a man in Becton.  A 6′ 7” 365 lb behemoth.

Ignoring the calls to use his pick on the deepest position in this class at 11 (wide receiver), Douglas showed that his primary goal is to assemble an NFL football team, not a fantasy football team.  There will be plenty or receivers on the board throughout the next few rounds, but the same can’t be said about left tackle.  This pick was all about keeping Darnold upright, because nobody is throwing touchdown passes from injured reserve.

By adding Becton, the Jets hope to have solidified their quarterbacks blind side since the departure of D’Brickashaw Ferguson several years ago.  This should mean more time for Darnold to throw, and more holes for their running back to run through.

Becton definitely comes with question marks, and one of the biggest questions is, well, is he too big?  Checking in at 6′ 7” and 365 lbs, there are concerns about his ability to stay healthy for the long-term.  But what Makes Becton so rare is not only his massive frame, but how well that frame moves.  After running an inexplicable 5.11 at the NFL combine in Indy, he showed eye-popping agility, but none of it looks stressful and his frame carries his weight quite well.

In fact, once in an NFL training program, if Becton were to drop 20 pounds, he’d be in the same weight range as Hall of Fame left tackle Jonathan Ogden.  If his career is anywhere near as good, Becton at 11 will go down as one of the best decisions a Jets GM has ever made.