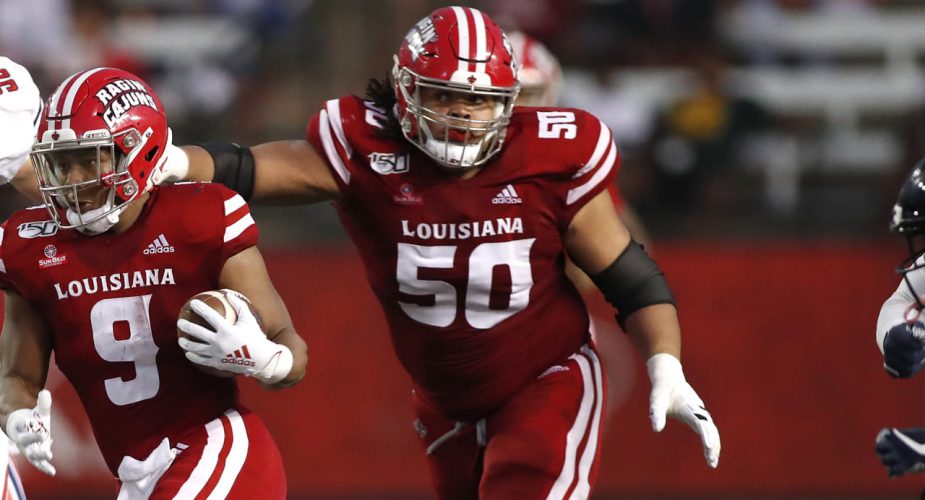 Now that we know Joe Douglas means business when it comes to building  his offensive line to keep Sam Darnold out of harm’s way, would it be crazy to suggest he may continue fortifying the trenches on day two of the draft?  Sure, Mekhi Becton is the big fish at pick 11 and Connor McGovern solidifies the center position, but are Alex Lewis, Brian Winters, Greg Van Roten, Chuma Edoga or George Fant so accomplished that the Jets shouldn’t be looking to upgrade at each of their spots?  Absolutely not.

Should Douglas decide to keep things going on the O-line, who might he be considering?

C Matt Hennessy, Temple: There were some pre-draft rumors that said the Jets were in love with Hennessy as an option to come in and play center, allowing McGovern to move to guard where he has played some of his best football.  Hennessey is the younger brother of Jets long snapper Thomas Hennessy.  He’s a top two or three center in this class and pairing him with Becton will have Jets fans flashing back to the days of D’Brickashaw Ferguson and Nick Mangold.  There is some rumored interest in Hennessy from the Jets as recently as today.

.@TonyPauline is hearing from a variety of sources that the #Jets are seriously considering Matt Hennessy of Temple tonight.

OG Robert Hunt, Louisiana: Hunt is a monster on the inside where he was one of the top run blocking linemen in the country.  If the Jets were to put h im next to Becton on the line, Le’Veon Bell would have a much better chance of looking like the Le’Veon Bell of old.

OC Tyler Biadasz, Wisconsin: Biadasz was considered the top center in the coutnry before a hip injury slowed him down last year.  Many feel he can play center or guard and could offer great value in the 3rd round.

OG John Simpson, Clemson: A big man from a big program who is viewed as a “plug and play” lineman.  Could be there with one of the Jets two third round picks.

RT Lucas Niang, TCU: We mentioned Niang in another piece about prospects who may not play a premium position but could pair with Becton to give the Jets a shot at having the best bookend tackles in the NFL.