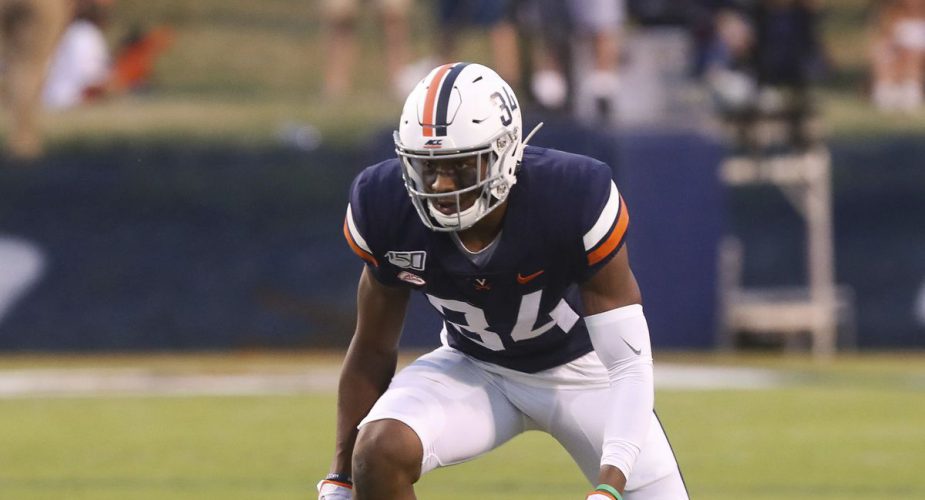 With  the 158th overall pick in the 5th round, Joe Douglas selected cornerback Bryce Hall of Virginia. Hall is considered to be a tremendous value pick, his stock dropped considerably because of an injury. Hall was rumored to be an early draft pick in 2019, but he returned to Virginia for his senior season.

His senior season was short-circuited by injury, however, as he only started six games before requiring surgery on his left ankle (20 tackles, three for loss, one sack, four pass breakups).

Bryce Hall talking now. Said his ankle is “healed,” and that “It’s just about getting it back to the same range of motion and explosiveness as my other ankle."

CB Bryce Hall of Virginia, the #NYJets selection at 158, projected as much earlier pick before suffering devastating leg injury in his senior season last October. If he recovers fully, this could be a terrific value pick

Angular outside corner who uses instinctive footwork and long arms to close out and challenge a healthy percentage of throws. His backpedal and transitions are more functional than fluid and could be exploited by NFL route-runners and speedsters. His reactive quickness and ball skills fit nicely into zone-based coverages, allowing greater freedom to spy quarterbacks and squeeze short and intermediate throws. He can handle man coverage, but he needs protection over the top. Hall is a future starting cornerback but might garner attention at free safety at some point in his career.