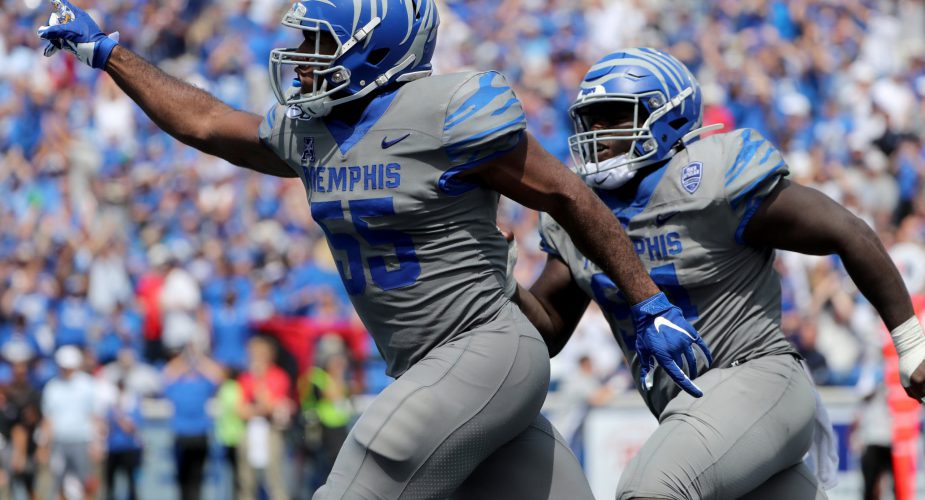 Undrafted free agency is a funny process immediately following the draft in which teams and agents are left with their heads spinning as multiple offers are coming in simultaneously.  For that reason, reported agreements sometimes fall through and don’t become official until a deal is signed.  So while some changes may occur, here is the current list of player who have reportedly agreed to join the Jets.

DT Sterling Johnson, Coastal Carolina: A transfer from Clemson, the 6′ 4” 280 Johnson picked up 6.5 sacks and 14 tackles for loss while playing nose tackle for Coastal Carolina.

DL Domenique Davis, University of North Carolina Pembroke: The small school product didn’t see a combine invite but was reportedly visited by more than half the teams in the NFL during the course of his final season with the Jets showing some level of interest throughout.

CB Lamar Jackson, Nebraska: A player we liked as a potential sixth or seventh round pick, Jackson is a big-bodied physical corner who many viewed has having a draftable grade.

CB Javelin Guidry, Utah: Guidry got plenty of attention after aunning a 4.29 40 at Indy and will likely get a look at the cornerback position with the Jets.

WR Lawrence Cager, Georgia: A transfer from Miami, Cager met with the Jets a couple of times during the pre-draft process where they may have laid the groudwork to convincing him to choose the Jets over other teams that called following the draft.  In four seasons, Cager logged 75 receptions for 1,157 yards and 14 scores.

WR George Campbell, West Virginia: Unless our eyes are deciving us, Campbell might have the most interesting stat line in the country.  In his final collegiate season, he had just 19 receptions.   However, the 6′ 4” FSU transfer scored on seven of them.

DB Shyheim Carter, Alabama: Lacked prototypical size or speed to get drafted but viewed as a versatile defender and potential special teamer.

OT Jared Hilbers, Washington: We like Hilbers’ chances of hanging around for a little while if he can get a bit stronger.  Shows good technique in pass pro and has experience at both tackle spots.  Overwhelmed by the bull rush at times but this is where need to get stronger comes in.

Edge Bryce Huff, Memphis: Mentioned as a possible sleeper off the edge by Football Game Plan’s Emory Hunt on JetNation radio, Huff had a 7th round grade according to NFL.com and is quick enough off the ball to get himself a long look.

Check back for updates as more names are sure to be added, and join our forums to log on for a some Jets chat by clicking here.