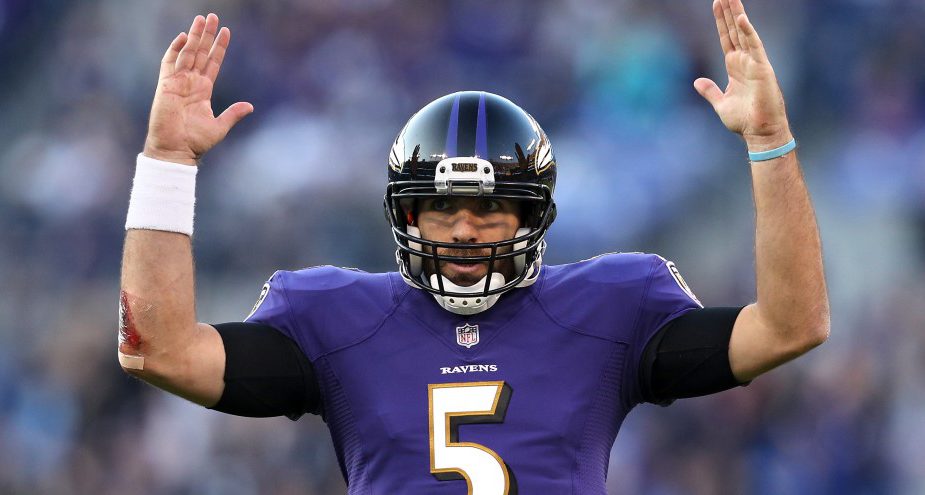 Looking to add a veteran presence to their quarterback room, Joe Douglas and the Jets have come to terms with former Ravens and Broncos quarterback Joe Flacco.

Jets are signing former Super Bowl MVP Joe Flacco to a one-year deal, sources tell ESPN. Jets GM Joe Douglas was a Ravens’ scout in 2008, when Baltimore drafted Flacco in round one. Now Flacco will rejoin Douglas, and compete for the backup job when he’s healthy and ready.

Flacco is now reunited with Douglas who was a member of the Ravens organization when Baltimore drafted him back in 2008 as mentioned by Adam Schefter in his tweet regarding the one-year deal.

Flacco is nowhere near the player he once was, but given the struggles the Jets have had in recent years when quarterback Sam Darnold missed time, it’s a wise move by the organization.

Last season in Denver, Flacco went 2-6 as a starter with 6 touchdowns and 5 interceptions.  The Jets now have a crowded quarterback room with Darnold, Flacco, rookie James Morgan and returning quarterbacks David Fales and Mike White.