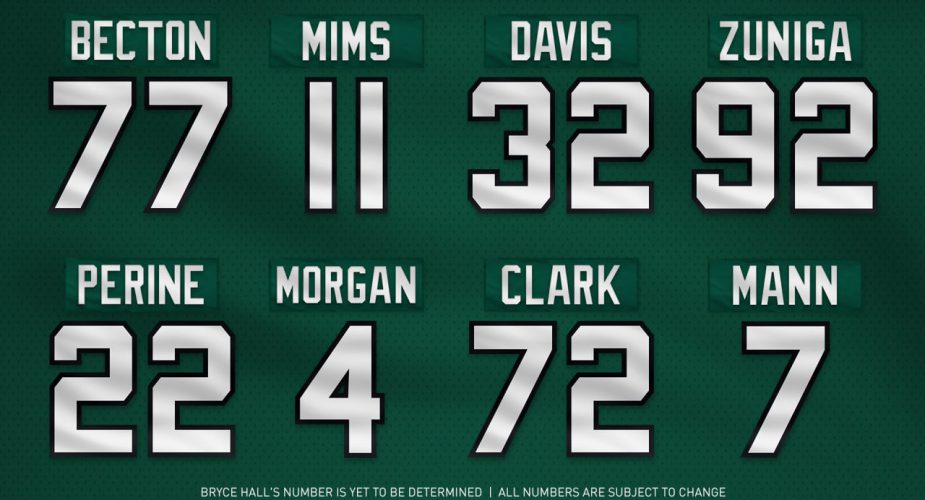 The NY Jets have released updated jersey numbers for their new players.

The Jets have updated their roster with jersey numbers for 29 players.

First-round pick Mekhi Becton got the number 77 he targeted this offseason. The 6’7″, 364-pound Becton was a big part of the Jets O-line revampment that also featured the free agency signings of Connor McGovern (No. 60), Greg Van Roten (No. 62), George Fant (No. 76) and Josh Andrews (No. 68).

New Jets backup QB Joe Flacco, a Super Bowl MVP with 10 career postseason wins on his resume, will stick with No. 5 on his third NFL club.

As has become the norm in the NFL, New York’s AFC representative will have a new set of low-numbered receivers as Breshard Perriman has been assigned the No. 19 he wore in Tampa, second-round pick Denzel Mims will move up from his Baylor No. 5 to No. 11 in green and white and Josh Doctson, who was most recently a Viking, will stick with the No. 18 he donned both in Minnesota and in Washington. Undrafted wideout hopefuls Lawrence Cager, a Georgia product, and George Campbell, a speedster from West Virginia, went even lower for the preseason with No. 1 and No. 6 respectively.

The 29 updated jersey numbers are below. Six players including Frank Gore, the NFL’s third all-time leading rusher, and fifth round pick Bryce Hall have yet to be assigned a number. All numbers are subject to change. 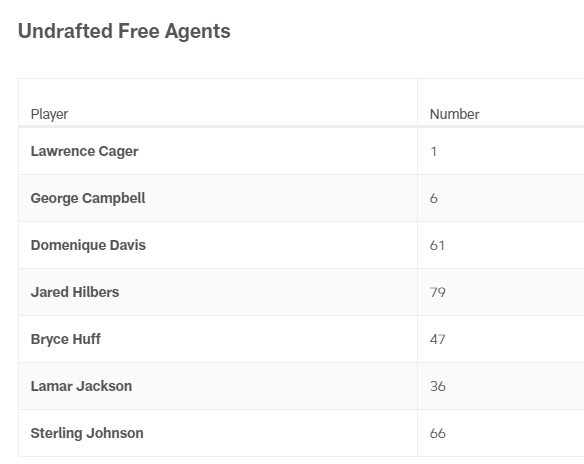 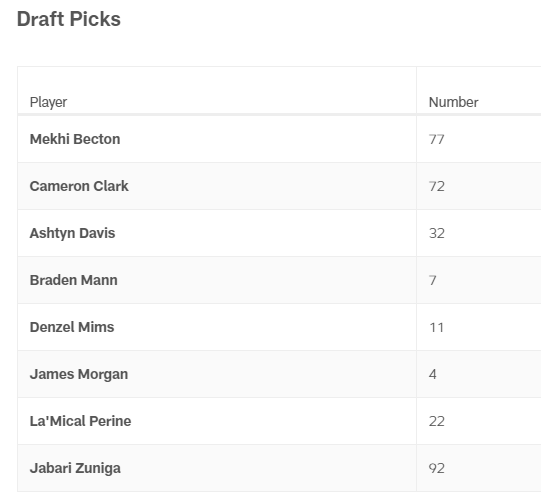 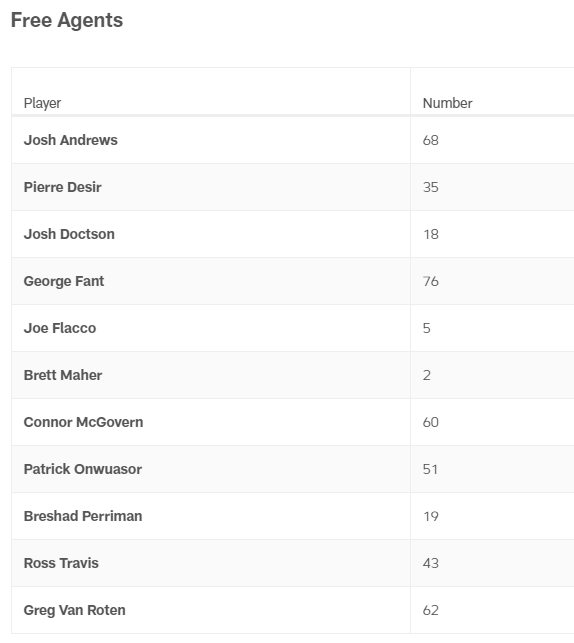