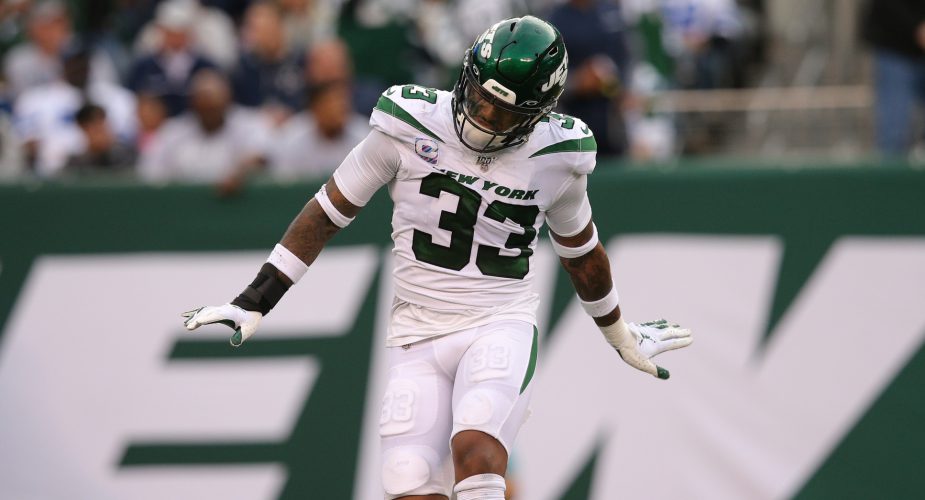 If there’s anything we know about Jamal Adams aside from his dominance on the football field at this point in time, it’s that when he has something to say, he’s not afraid to find somebody to say it.  This time around ,that somebody appears to be star running back Le’Veon Bell.

We first saw this last season when Jets GM Joe Douglas received a phone call from the Dallas Cowboys to ask about Adams’ availability through trade.  Douglas picked up the phone, told Dallas what it would take to pry Adams away from the Jets, and Dallas essentially said “Thanks, but no thanks”.

But when the rumors intensified, Adams, a Texas native, spoke to friend and former NFL defensive back Ryan Clark.  Clark, now an ESPN personality, spoke to Adams before going on air to say the safety would love to play for the Cowboys.  As a former player himself, it’s hard to imagine Clark would have leaked that information about Adams without first getting his approval.

ESPN’s Ryan Clark said Jets’ S Jamal Adams would like to go home to Texas and play for the Cowboys.

As we know now, a deal never took place and Adams refused to speak to GM Joe Douglas or head coach Adam Gase for several days following the rumors, saying he would only speak to team owner Chris Johnson as Johnson was somebody he could trust.

Fast forward to this off-season, and Adams has sent out his fair share of cryptic tweets with little explanation or clarity, but after making it clear that he wants to move on from Gang Green, he found himself on the phone again, this time speaking with former Jets cornerback Antonio Cromartie, who then took to twitter himself to say that Jets head coach Adam Gase “doesn’t care”.  Perhaps a way for Adams to get fans in his corner given Gase’s lack of popularity among the fan base?

Shitting on the @nyjets. I want the best for the organization. But when you hire a HC who doesn’t care

Adams also got a Dallas Cowboys fan involved when video appeared on twitter in which Adams was asked if he was going to play for the Cowboys, replying “I’m trying, bro”.

One internet user went on to find a photo posted to the fan’s instagram account of himself and Adams in what appears to be the same parking lot before Adams drove off.  So was the mini video Q&A staged?  It would be foolish to rule out the possibility.

And now it appears we can add Le’Veon Bell to the list of people Adams has spoken to in order to get a message out.  Perhaps realizing a trade may not transpire, Adams talked to Bell via phone before Bll spoke out on the situation, saying he believes Adams would like to remain a Jet according to Rich Cimini of ESPN.

“I think he wants to be [with the Jets], I just think he wants to get paid,” Bell said Friday in an interview with Peter Rosenberg on Hot 97 radio in New York. “I think he’s in the same situation I was three years ago. He’s a young player. He’s been at the top of the game, playing at a high level and feels like, ‘Dang, I just want to get compensated.'”

So through Clark we learned that Adams would like to be a Cowboy.  From Cromartie speaking to Adams we’re told that Adam Gase “doesn’t care”. A fan then  appeared in a seemingly staged video to let us know Adams is trying to go to Dallas, topped off with Bell starting a course reversal, saying Adams would like to stay with the Jets as training camp approaches.  If no deal takes place, expect Adams to play hard, to play great and next offseason to play more games.

Could it be that Adams assumed teams would line up to surrender multiple premium picks for his services?  Did he think the Jets would bow to his demands and accept the best of a bunch of bad offers?  Nobody knows what Adams was thinking, but when we find out, it will probably be from somebody other than Adams.