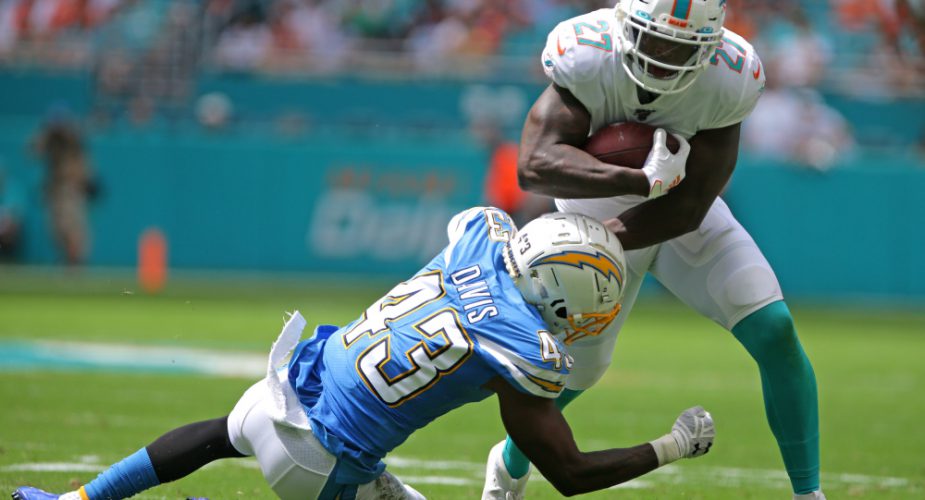 The New York Jets have reportedly sent a late-round conditional draft pick to the Miami Dolphins in exchange for for running back Kalen Ballage.  The move comes as somewhat of a surprise as many had anticipated the team prioritizing the wide receiver position given their lack of depth at the spot, but instead Joe Douglas made a move for a former Adam Gase draft pick.

Plot twist: The #Dolphins are trading RB Kalen Ballage to the #Jets for a conditional late-round pick, source said. Miami had planned to release him, but NYJ stepped in before it was official and the two have a deal.

The Dolphins were reportedly set to release Ballage before the Jets made a move to bring him in.  While it’s entirely possible that Ballage won’t make the 53-man roster and the Jets will recoup their pick, but Gase did draft Ballage with the Dolphins, and sometimes coaches make it a priority to bring in “their guys” when the opportunity presents itself.