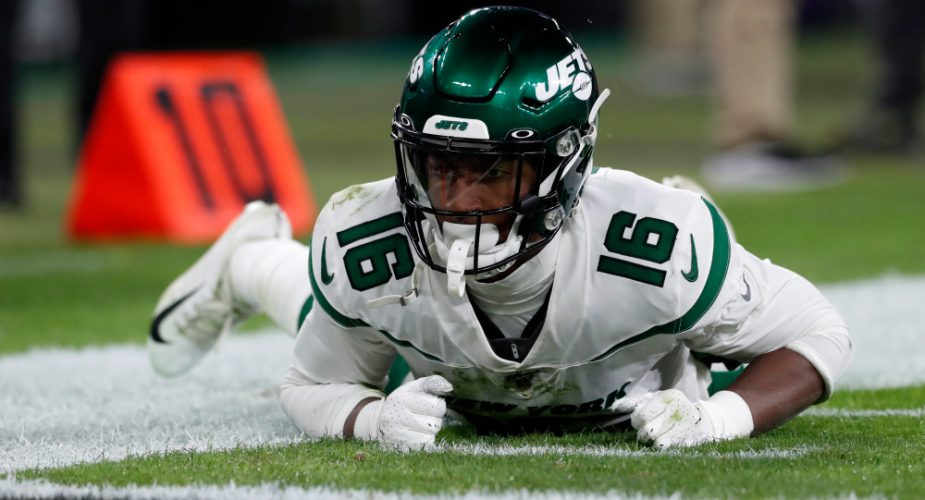 The New York Jets have placed wide receiver Jeff Smith on injured reserve and the speedster will be eligible to return in three weeks.

Can be back after three weeks.

Smith was getting a look with the first team offense for an injury depleted wide receiver corps before injuring his shoulder while attempting a diving catch.  Jeff Smith will join Vyncint Smith on the shelf as the Jets look to piece together a healthy group of receivers with the season now less than a week away.

By Glenn Naughton
Posted on September 7, 2020