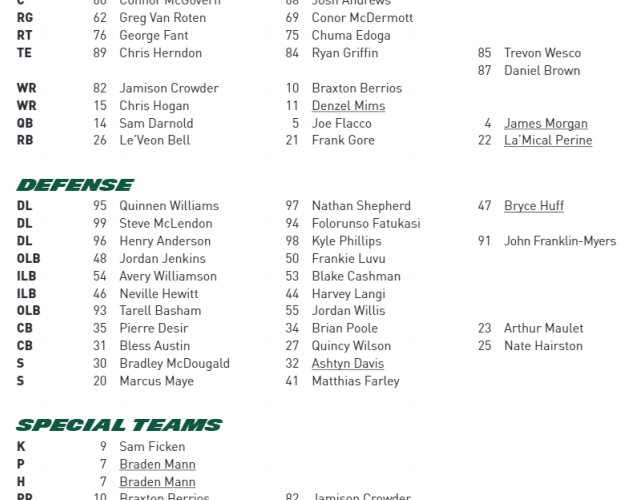 The Jets have released their first depth chart of the season. With no preseason games and limited media availability due to covid, it is a glimpse at what the Jets are thinking for week one against the Buffalo Bills. The full depth chart appears below and here are some highlights. 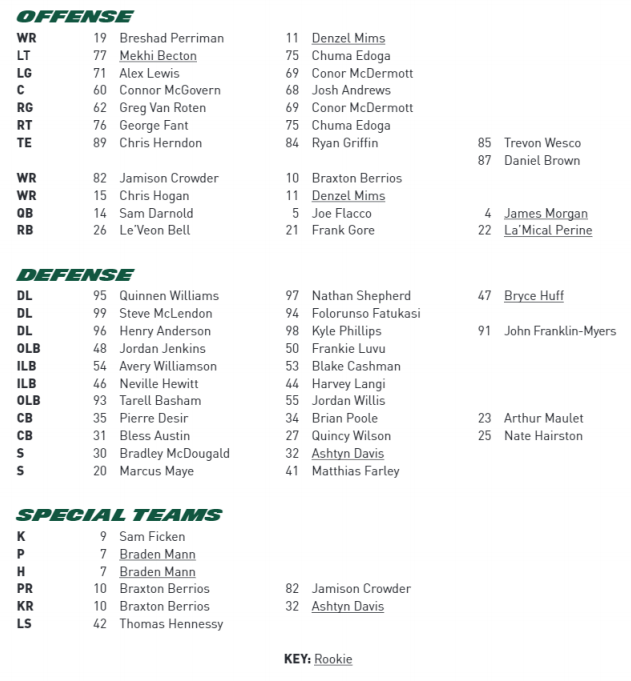 Be sure to stop by our forums and talk about the NY Jets depth chart with other die-hard fans.

By Phil Sullivan
Posted on September 8, 2020