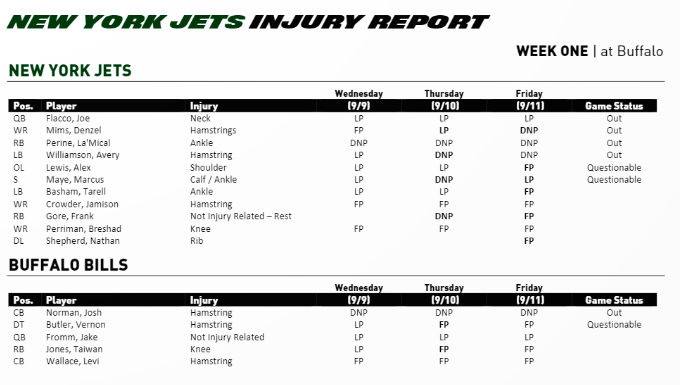 As we mentioned earlier, Denzel Mims had a setback and injured his other hamstring. He has been ruled out for Sunday. The injury list is longer than you hope heading into the season opener with no preseason games. Avery Williamson, RB La’Mical Perine and Joe Flacco also join Denzel Mims in the out category.

Alex Lewis and Marcus Maybe are both listed as questionable.

Gase explained what Marcus Maye is dealing with but it sounds like they expect him to play on Sunday.

It’s one of those deals, I don’t know exactly how it happened, but in practice the other day I think he got caught, somebody stepped on him. It’s been bothering him since the other day.