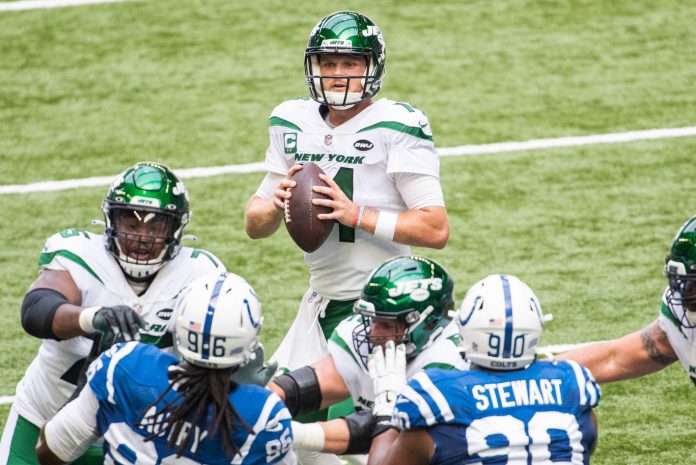 The Jets got off to another slow start, a common theme in 2020. On the first drive of the game, Sam Darnold threw an interception to Xavier Rhodes while targeting Lawrence Cager, who returned it for the opening touchdown. He then bounced back nicely, leading a 14-play drive, capped off by a beautiful touchdown pass to Braxton Berrios while scrambling for his life. Ultimately, Darnold had an awful day, with 3 interceptions, with two being returned for touchdowns. It appeared as though Adam Gase received the messages about his possible firing, because the offensive play calling looked to be slightly improved compared to the first two games. It didn’t last long, however, as the positive plays were not resulting. Mekhi Becton left the game during the second quarter, and shortly after halftime was ruled out with a shoulder injury.

The defense did not look good, unfortunately, allowing Philip Rivers to march down the field to the tune of 17 first half points. Nobody in a Jets jersey came close to Rivers throughout the game, so much so that it prompted Phil Simms to say the defense was practicing social distancing on the veteran quarterback. Struggling to get off the field has been a consistent negative for the Jets so far this season defensively, and this game was no exception. Christopher Johnson will have his hands full tonight as he will decide the future of the organization. Will Gase get one more game to attempt a win over the ailing Broncos, or is he shown the door before the damage is irreparable? Jets lose 33-7 in another embarrassing effort, or lack there of.

Top Play of the Game