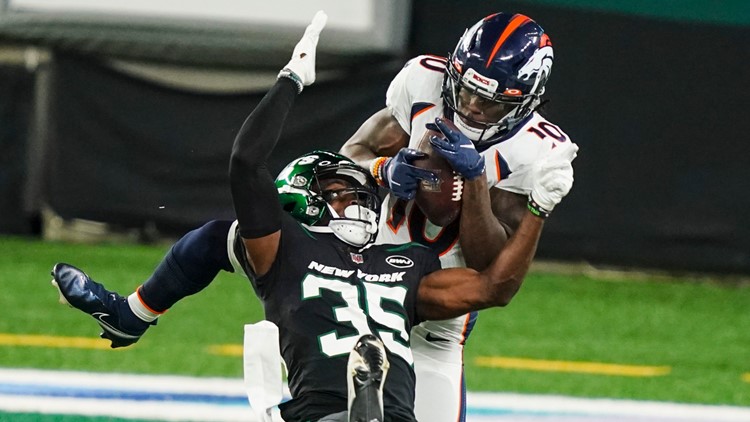 Thursday night’s game started exactly how Jets fans had hoped. Play action passes early, less Frank Gore runs on second down, and a magical 46-yard touchdown run by Sam Darnold. He turned a would-be sack into the longest run by a quarterback in 2020, as well as the longest quarterback run in Jets history. But then, it all went silent, even for an empty MetLife Stadium, when Darnold was slammed down by Alexander Johnson and immediately grabbed his collarbone. To make matters worse, if possible, Mekhi Becton had to come in to relieve the injured Chuma Edoga, and left a few drives later in the game. Fortunately, Darnold was able to return to the field after missing only a few plays, leading the team down for two additional field goal drives in the first half. The same could not be said for Becton, a disappointing sign for the rookie, who was garnering quite the buzz in the first quarter of the season.

The second half was something we haven’t seen from the team all year. Two second half interceptions from Brett Rypien gave the Jets easy points, including a Pierre Desir pick-six. Braden Mann made the best tackle of the night, saving a punt return touchdown late in the third quarter. It was all for not, however, as late game play calling costs the Jets another chance at victory. On 4th and less than 1 yard, Gase decides to kick a field goal to make it a 1-point lead, 28-27. On the ensuing Broncos possession, they kicked a long field goal to retake a 2-point lead with 3 minutes remaining, 30-28. Then Darnold leads the offense past midfield, where the drive would stall out after a failed 4th down attempt. Instead of kicking the field goal, why not attempt to pick up the first down on the prior 4th and 1 deep in opponent’s territory? Decisions like this will forever cost the Jets wins, and this game is another example. The team’s best performance all year, ruined by the brilliant play caller Adam Gase. Jets lose 37-28, and fall to 0-4 on the season.

.@pierre_desir to the crib and we're right back in it!!

Give us that thing back.@poolioo | #TakeFlight