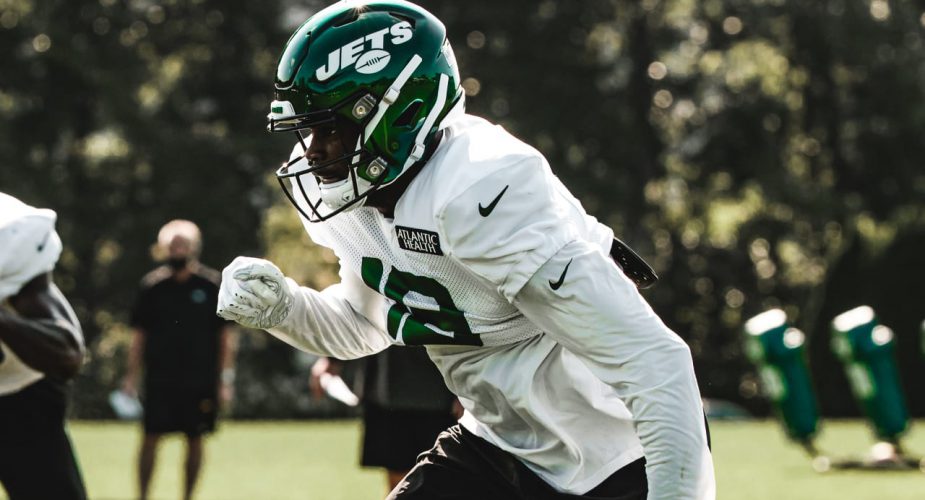 Sam Darnold won’t participate today, like we said, he’ll be out for the game. Limited in practice will be: (Mekhi) Becton; Bless (Austin); (John) Franklin-Meyers; Alex Lewis; Breshad Perriman and Quinnen Williams.

Is Perriman and how does he help this team?

He had no complaints going into yesterday, no complaints afterwards. Things are trending in the right direction. We need to have another good day today. But, it’s good to get some of these guys out there.

I think it helps anytime you get a guy that is as fast as he is. It puts a different pressure on the defense. We haven’t had anybody with this kind of speed out there since he’s been gone. The guy had a really productive second half of the season last year, and he definitely was our best guy in training camp. We really saw some things where we were excited, and then we had the setback with the injury and then he was out for a while, then we noticed a difference and then he gets hurt in the San Fran game – wiped out a lot of things in our game plan, what we had that week. I think now with the combination we have right now I think our speed is increasing on the outside, which is extremely helpful at that position.

He did a lot of reps yesterday in scout team, made a lot of nice plays. It was good to see him get out there and compete, was able to do more than what he did on Wednesday. Today, I’ll be interested in seeing how he feels when I talk to him. We’ll just keep building off these practices and kind of seeing how quickly we can get him ready and ready for Sundays.

Will Mekhi Becton play on Sunday?

I don’t know. I mean I’m fired up that he’s going to individual. Who knows, if he feels good and he’s out there and all of a sudden he wants to jump into some team periods, I can’t answer that right now until we get to practice.

We’ve just got to talk with him. It’s all about, do the trainer’s, doctors have a concern? If they don’t and then he feels the right way, then we’ve got a chance. If he feels like something doesn’t feel right, then we don’t.