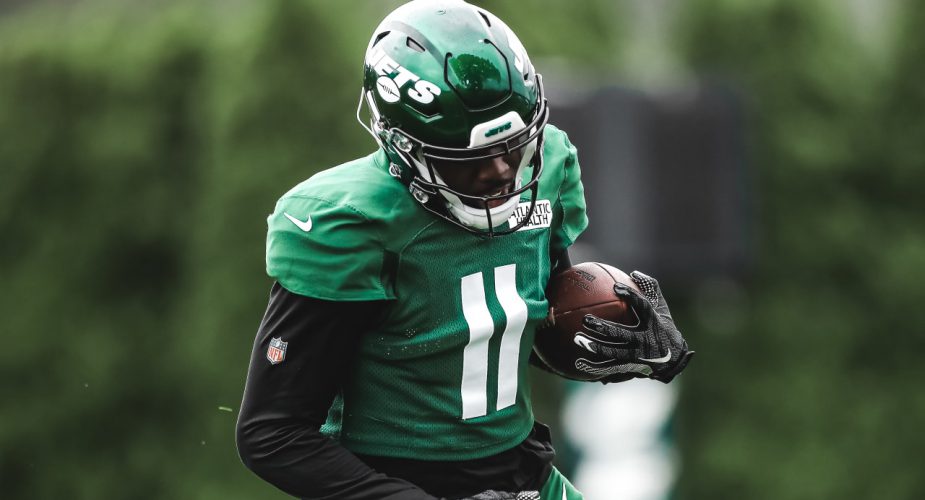 The NY Jets announced that Denzel Mims has been activated for the Bills game. He returned to practice and is set to make his season debut.  4th round draft pick Cameron Clark (OL) is also active. Kicker Sam Ficken is definitely out for the game on Sunday. Here is more information from the team on the Jets roster moves.

The Jets have activated WR Denzel Mims and OL Cameron Clark from injured reserve. The team also elevated K/P Sergio Castillo and LB Bryce Hager from the practice squad to the active roster for Sunday’s game against the Bills.

Clark (6-4, 308) was placed on injured reserve on Sept. 7 and was designated to return to practice Oct. 14. He missed time in training camp because of a shoulder injury, then hurt his knee in the final days of camp. Clark, a fourth-round pick out of Charlotte, started 25 games at left tackle for the 49ers between 2018-19.

Hager (6-1, 237) was signed to the practice squad on Sept. 22. He spent last season on the Rams’ injured reserve list with a shoulder injury. He was a seventh-round pick of the Rams in 2015, where current Jets defensive coordinator Gregg Williams served the same role with St. Louis/Los Angeles. Hager, 28, has played in 69 games (5 starts), 48 tackles, 3 pass defenses and 1 FF.