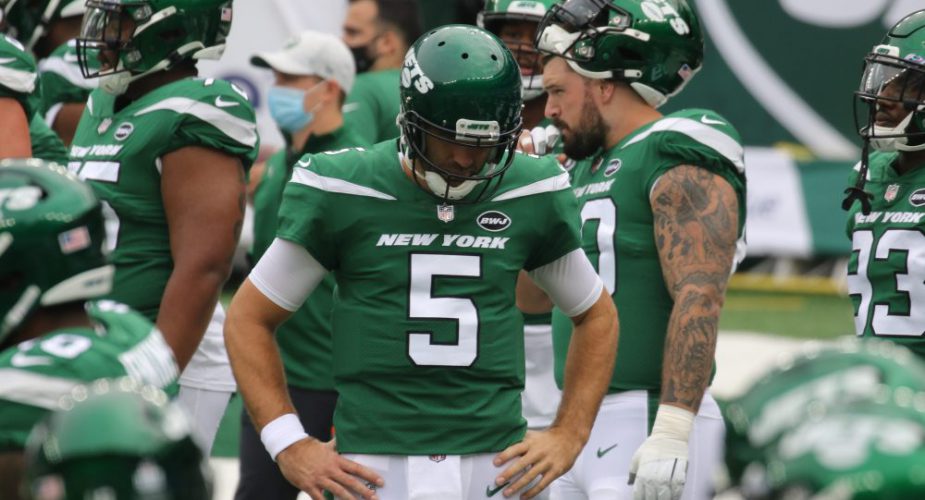 The New York Jets came out firing on all cylinders, with Flacco completing deep passes to Mims and Perriman, the defense holding New England to punts and field goals, and entering halftime with a 20-10 lead. The veteran quarterback Joe Flacco was on fire to start for the Green & White, with 194 yards and two first half touchdown passes, including a beautifully placed ball to Crowder in the front corner of the endzone between two defenders. Despite the success for New York, rookie Mekhi Becton left with what was described as a chest injury and did not return to action. After the game, head coach Adam Gase said he did not know the severity of his injury. All in all, the Jets were in control the entire first half, running through open lanes and creating separation on routes downfield.

Coming out of the halftime break, the Patriots and Jets each exchanged touchdowns, helping New York take a 27-17 lead into the 4th quarter. After a 17-play, 58-yard field goal drive by New England, Joe Flacco and the Jets responded by throwing an immediate interception, a double coverage pass deep to Denzel Mims. Then, a few drives later, ex-Jet Nick Folk nails a 51-yard field goal as time expires to win and boost New England to 3-5 on the season. The Jets continue their downward spiral in 2020, falling to 0-9, and stumbling into their bye week. Their next game is Week 11 against the Chargers in Los Angeles.

Right on the money.