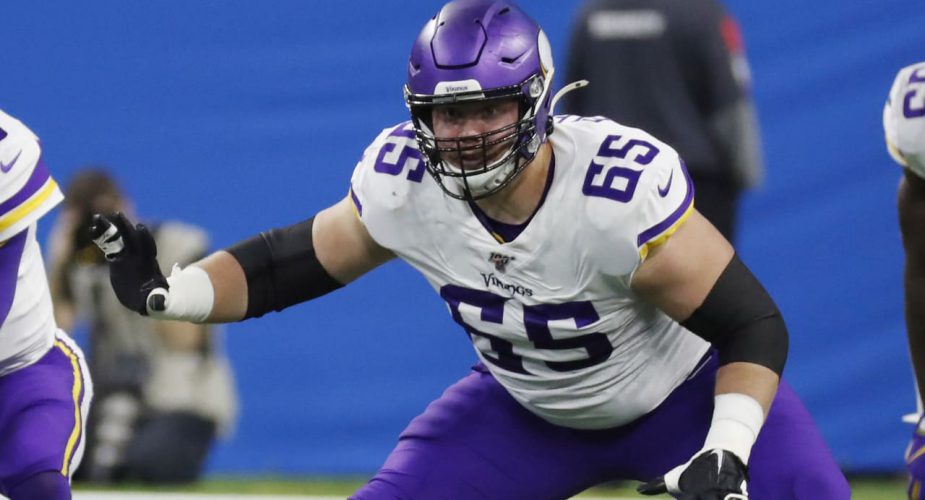 Deciding to add a reclamation project to their offensive line, the Jets have signed former third-round draft choice Pat Elflein who was recently let go by the Minnesota Vikings.

A third-round disappointment, Elflein found himself moved from center go guard after two seasons as one of the worst pivots in the NFL.  Things didn’t get much better at guard for Elflein who joins a Jets offensive line that has been wildly inconsistent along he interior.  With the addition of Elflein, it could bring an end to Josh Andrews’ time in Green and White.

Per PFF, Pet Elflein has allowed 102 quarterback pressures and 17 sacks in 44 career games.

Elflein (6-3, 303) played in one game this season for the Vikings before sustaining a thumb injury and was placed on injured reserve. He was waived Nov. 14. He’s played right guard, left guard and center in 44 regular-season games (43 starts) over his first four seasons. Elflein was drafted by Minnesota in the third round of the 2017 draft out of Ohio State.