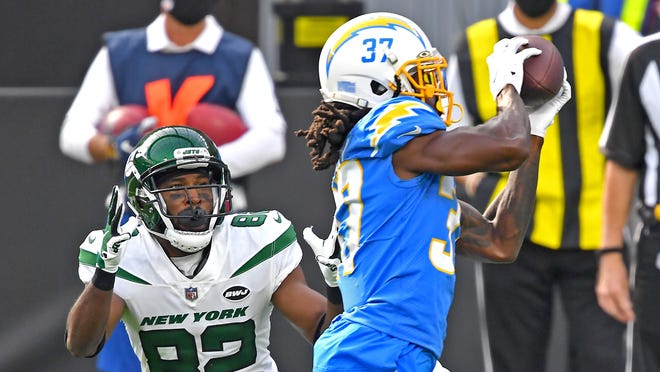 Defense and Special Teams got off to a hot start Sunday afternoon for the New York Jets, forcing Los Angeles to punt on their first drive. Then, Henry Anderson shed past Joshua Kelley’s block attempt and blocked the punt. Four run plays later, La’Mical Perine found paydirt on a 5-yard run behind Mekhi Becton. The good luck continued for the Green & White defense, when Marcus Maye made a heads up play at the goal line to force a fumble on Keenan Allen. On the ensuing possession, Flacco took the wind out of the Jets’ sails when he threw an awfully read speed out to Crowder that was intercepted and walked in for 6 by Tevaughn Campbell. For most of the first half, Joe Flacco was missing reads and taking unnecessary sacks. Meanwhile, rookie Justin Herbert ripped apart New York’s defense and took a commanding 24-6 lead into halftime.

For the Jets fans that stuck around to watch the second half, they saw the Jets march up and down the field for 3 straight touchdowns, and pull to within one score, 34-26. Breshad Perriman made another deep reception for a touchdown, and all 3 of Mims’ contested catches were worthy of praise. Despite the late game effort, New York ultimately fell short, 34-28, and are now 0-10 on the season. The Jets travel back home for a game against the Miami Dolphins next week.