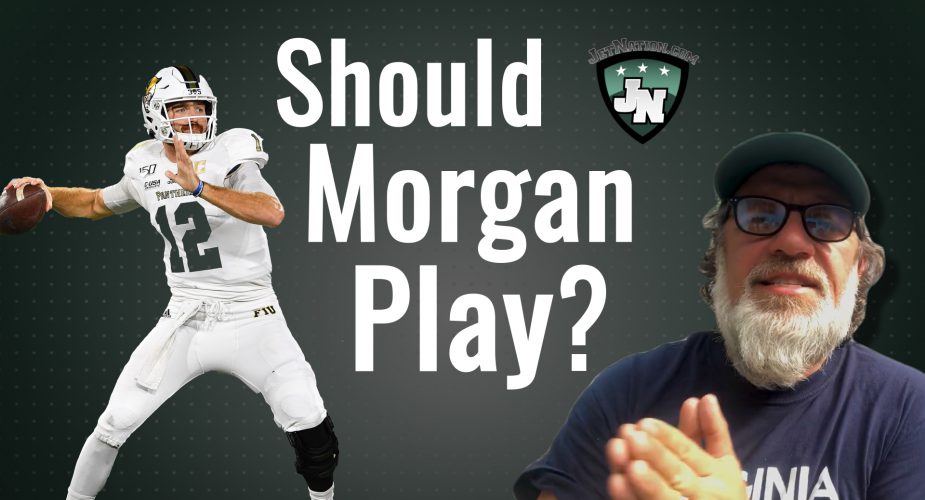 GreenBean is in Miami Florida this week and he is talking about James Morgan. Joe Douglas was criticized when he drafted a QB in the 4th round. The team had so many other needs, why take a QB when Sam Darnold is on the roster and you are already paying Joe Flacco to be the backup. The thing is James Morgan is a project. Throwing him in this year isn’t in his best interest. They would waste his potential; he is a late round developmental QB from a small school.

The thing is the Jets have nobody who can develop him. No QB coach, the offensive coordinator is calling the plays and don’t even get us started on Adam Gase.

We are asking a bit much of a 4th round pick, throwing him in right now is a fool’s errand. Joe Douglas doesn’t want to throw him to the fire and watch him lose his self-confidence. The draft class is looking good. There is no developmental program in place, but let’s exhale and look at it objectively. No reason to throw him in right now.