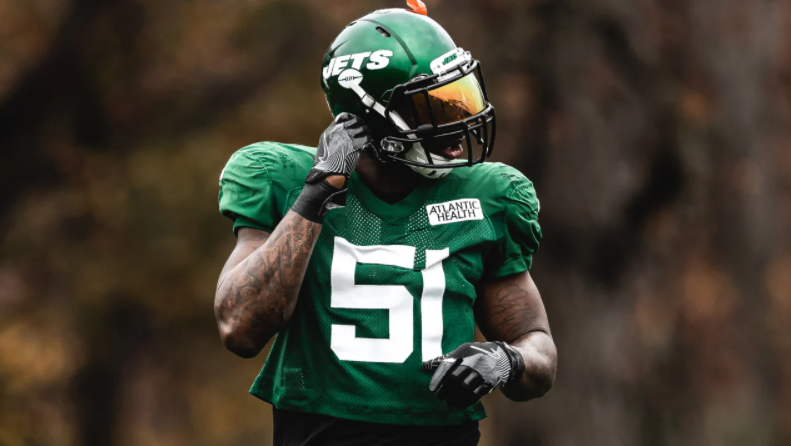 The NY Jets announced that they have placed linebacker Patrick Onwuasor on Injured Reserve. The team signed Onwuasor in the offseason to a one-year two million dollar contract. He was injured in training camp, was recently activated to the roster, but only saw the field in limited action before getting injured again. Jimmy Murray (OL) has been promoted to the active roster.

We have placed LB Patrick Onwuasor on IR and signed OL Jimmy Murray to the active roster.

The Jets have signed OL Jimmy Murray to the active roster and placed LB Patrick Onwuasor on injured reserve.

Onwuasor (6-0, 227) was activated off injured reserve Nov. 18 after sustaining a non-contact knee injury in training camp. He took eight snaps on special teams against the Chargers in Week 11 and sustained a hamstring injury. Nicknamed Peanut, he signed with the Jets in the offseason after four seasons with Baltimore where he totaled 234 tackles — 17 tackles for loss — 9.5 sacks and 19 quarterback hits. He also had 15 special-team tackles.

You can read more about Patrick Onwuasor in our forums.