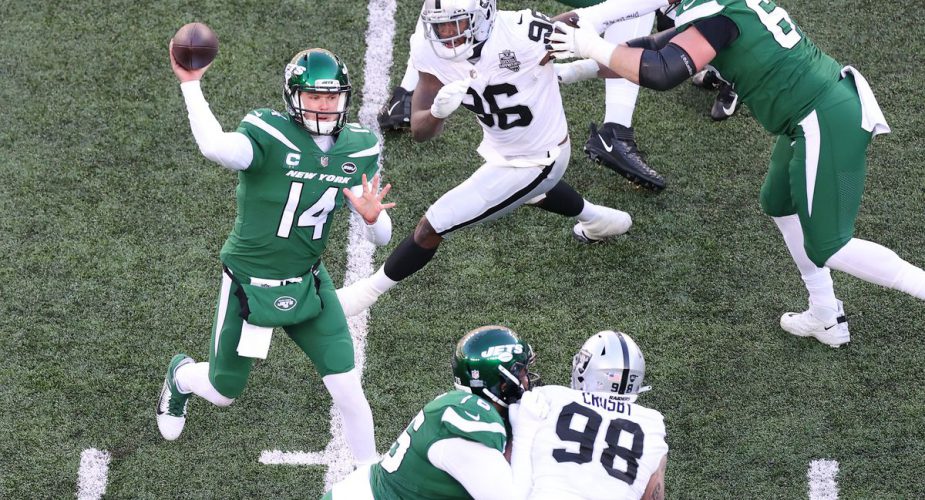 For one reason or another, whether a supporter of the “tank” or not, Jets fans were on the edge of their seats during the entire game. After Frank Gore left the game on the second play on offense, Ty Johnson and Josh Adams exploded for 204 combined rushing yards. Ty Johnson ended with 104 yards on 22 carries and 1 touchdown, becoming the first Jets running back to eclipse 100 yards since Isaiah Crowell in 2018. The offense was rolling early, finishing off two of their first three drives with touchdowns. That’s when the turnover stretch occurred for New York. On their next three consecutive drives, Sam Darnold surrendered the football all three times, with 2 lost fumbles and an interception.

Coming out of halftime, momentum was scarce for the Jets’ offense, with back-to-back punts to begin the third quarter. Darnold, however, rallied the troops for a 13-play touchdown drive to pull within 3, capped off by a Darnold rushing touchdown. New York would eventually take the lead late in the 4th quarter on a Ty Johnson 1-yard run, followed up by a successful 2-point conversion attempt to Denzel Mims.

Gregg Williams and his defense had the Raiders on the ropes, pressuring Derek Carr into poor decisions for most of the final period. The Green & White’s defensive unit was two plays away from pulling off the improbable victory, when on 3rd & 10, Gregg Williams dials up an all-out blitz. This created a 1-on-1 matchup with undrafted rookie Lamar Jackson against 12th overall pick Henry Ruggs III. Ruggs beats Jackson with a double move at the top of the route to come open for a 44-yard touchdown catch with 0:05 seconds remaining. A Sam Darnold hail mary attempt falls to the turf on the final play of the game, as the New York Jets continue to lose, falling to 0-12. Next week, the team travels west to play the Seattle Seahawks, the first of two games on the west coast.

BIG hole for Josh Adams. We're back in the red zone!

Hope you started 8️⃣2️⃣ in fantasy.

Big finish to a big drive.