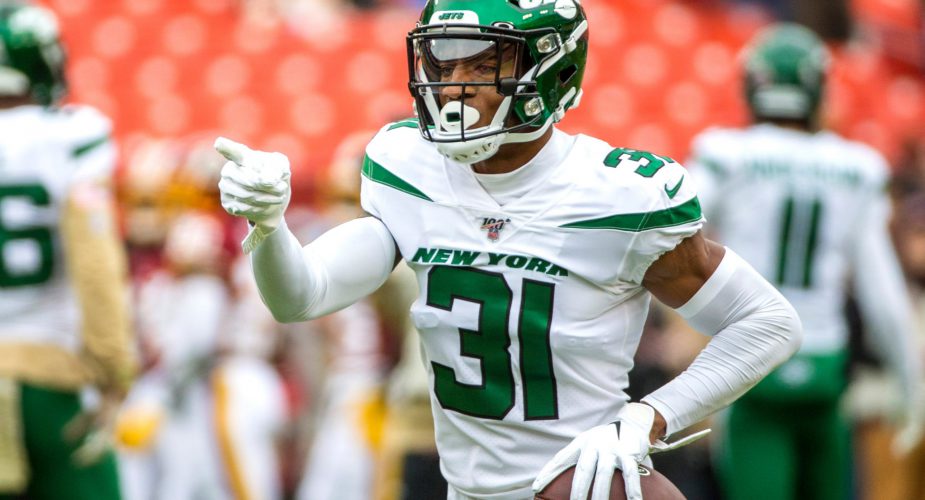 The NY Jets announced that they have activated Bless Austin (CB) and Trevon Wesco (TE) from IR.  They have also placed Greg Van Roten (G), Ashtyn Davis (S) and Bennett Jackson (S) on IR. Lawrence Cager (WR) and Saquan Hampton (S) have been moved from the practice squad to the active roster. Noah Dawkins (LB) and Jaleel Scott (WR) have been moved to the active roster for the Seattle Seahawks game.  Here is more info courtesy of NY Jets.com.

Austin (6-1, 198) was designated to return to practice earlier this week. He sustained a neck injury in practice last month and was placed on injured reserve Nov. 21. He played in eight games (seven starts) and had 43 tackles, 2 tackles for loss, 3 pass defenses and 1 forced fumble. A sixth-round pick in 2019, Austin has played in 15 games (13 starts) for the Green & White and totaled 68 tackles, 2 TFLs, 7 PDs and 2 FF.

Wesco (6-3, 267) was designated to return to practice earlier this week. He sustained an ankle injury in practice last month and was placed on injured reserve Nov.9. Wesco primarily has served as a blocking tight end and fullback in his two-year career and has 3 catches for 52 yards in 24 games (3 starts). He’s played 96 snaps in eight games this season.

Jackson (6-0, 192) sustained a hamstring injury against the Raiders. He signed with the Jets active roster Nov. 3 from the practice squad and played 48 snaps (14.9%) on special teams. Originally drafted by the Giants in the sixth round in 2014, Jackson played two seasons with the crosstown rivals and spent another two seasons with the Ravens. He has seven career tackles.

Cager (6-5, 220) hurt his hamstring while running a route against the Broncos in Week 4. He was called up for Week 3 action against the Colts and had 2 receptions for 35 yards. Cager originally signed as an undrafted free agent on May 6 and was cut before signing to the Jets’ practice squad the next day.

Hampton (6-1, 206) was waived by the Saints with an injury settlement on Sept. 14 and signed with the Jets’ practice squad Nov. 3. He was drafted by New Orleans in the sixth round in 2019 out of Rutgers. Hampton is from Nottingham, NJ, and played in five games as a rookie before he was placed on injured reserve. He totaled 167 tackles, 7 tackles for loss, 4 interceptions and 20 pass defenses in 33 games for the Scarlet Knights.

Dawkins (6-1, 215) was signed to the practice squad on Sept. 22 and was called up for the Week 13 game against the Raiders. He took 6 snaps on special teams. Originally signed by the Bengals as an undrafted free agent out of The Citadel in 2019, Dawkins was waived later that training camp and signed with Cincinnati’s practice squad before the Buccaneers signed him to their active roster. He played in 10 games with Tampa Bay and was waived Sept. 5.

Scott (6-5, 210), a Ravens’ fourth-round pick in 2018 out of New Mexico State, was signed to the Jets’ practice squad on Sept. 10. He had 1 reception for 6 yards in three games for Baltimore last season after spending his rookie season on injured reserve with a hamstring injury. He played three seasons at Ellsworth Community College before transferring to New Mexico State, where he totaled 76 receptions for 1,079 yards and 9 touchdowns as a senior.