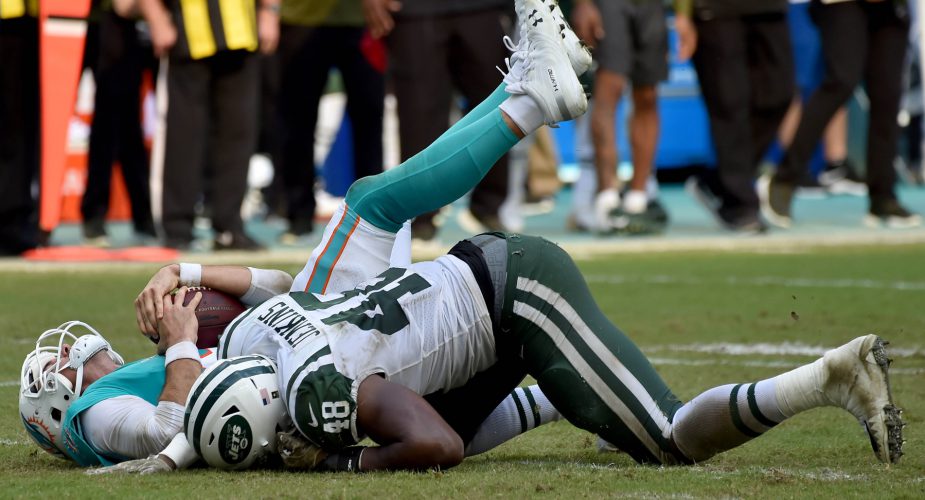 Jordan Jenkins has probably taken his last snap as a member of the New York Jets.  While struggling through what has arguably been his worst season as a pro, it was reported today that Jenkins has been playing with a torn labrum in his shoulder which will require season-ending surgery.

#Jets pass-rusher Jordan Jenkins is having surgery to repair a torn labrum and dislocated shoulder on Tuesday morning, source said, an injury he suffered in Week 3 and played through. With 17 sacks in the last 3 seasons, he’ll be healthy by free agency.

Through the season’s first 13 games, Jenkins has picked up just 2 sacks on the season, but oddly enough has played much better of late, picking up 15 quarterback pressures over his past three contests.

Jenkins is set to hit free agency this offseason and while a return isn’t impossible, it’s hard to see anything working out between him and the Jets as Jenkins would probably like to explore some options with a team that’s ready to compete.