Saleh Flying in for Second Interview with Gang Green 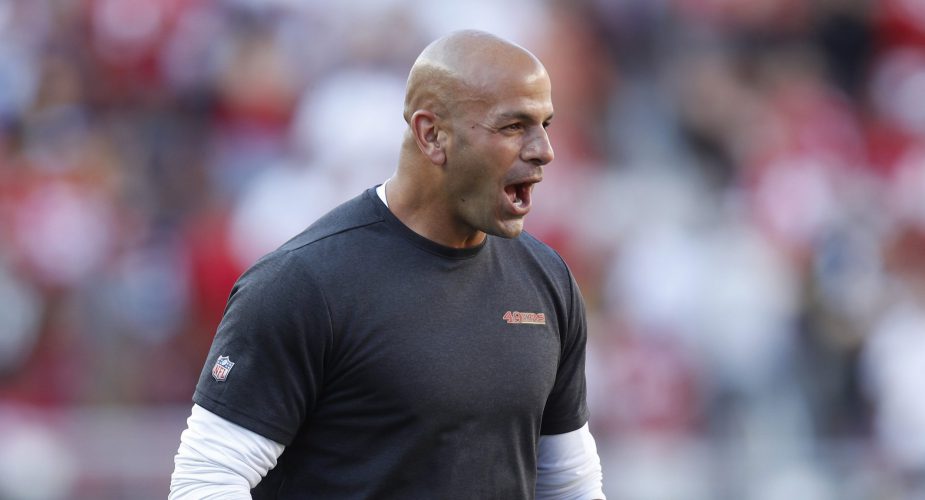 NFL Insider Ian Rapoport is reporting that Jets head coach candidate Robert Saleh will be the first interviewee to fly out to meet with the Jets brass for a face-to-face interview.

As the #Jets narrow their list of head coaching candidates, they are flying in #49ers DC Robert Saleh for a second interview today, per me and @MikeGarafolo. The first known finalist for the NYJ job, and there will be others likely in person, as well.

The San Francisco 49ers defensive coordinator has been a hot name to pick up a head coaching job since last season and looks to be one step closer to landing a job with the Jets.

Saleh has interviewed with multiple teams thus far and is one of several coaches to come in and interview with the Jets.  He has worked for the Texans, Jaguars and Seahawks before landing his current post as the 49ers defensive coordinator.  In four seasons with San Francisco, Saleh’s units have ranked 16th, 16th, 3rd and 5th respectively.