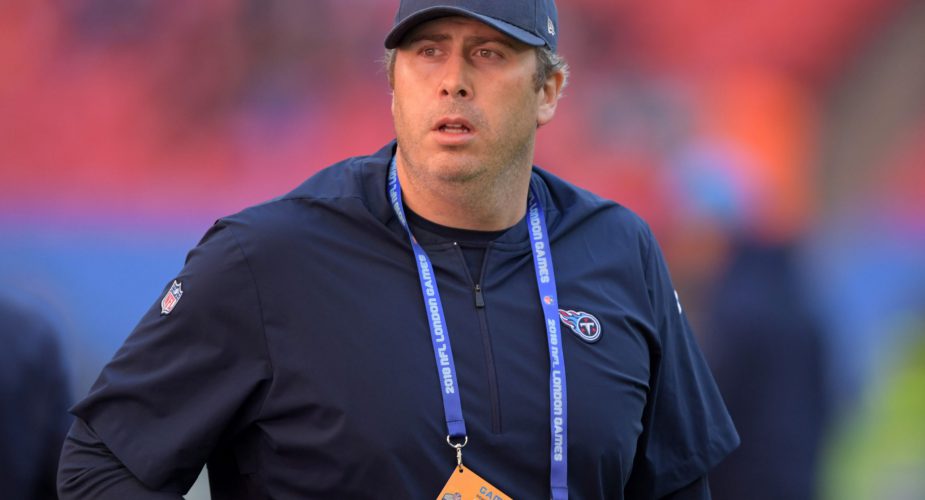 As we mentioned earlier, Robert Saleh left the Jets facility without an agreement to be their next head coach. The Jets interviewed several coaches during their first round and next up for a second interview is Tennessee Titans offensive coordinator Arthur Smith, who according to Rich Cimini of ESPN New York, is the Jets second choice.

The #Falcons had a second interview today with #Titans OC Arthur Smith, who then flew to New York to have dinner tonight with #Jets brass, sources tell me and @TomPelissero. Next up for Smith: The #Eagles on Thursday and #Lions on Friday. A red-hot head-coaching candidate.

As I mentioned this morning, Titans OC Arthur Smith is very high on the Jets’ list. He could be brought in immediately for a second interview because the Titans are done playing. #Jets

Smith has two years of experience as an offensive coordinator under head coach Mike Vrabel in Tennessee. Derrick Henry has turned the Titans in to one of the top offenses in the NFL under Smith. The 38 year old coach also spent two years as an assistant with the Washington Redskins before joining the Titans.

Arthur Smith is a football coach in the National Football League (NFL) and has been the offensive coordinator for the Tennessee Titans since 2019. Before moving into this role on the Titans he held six other positions with the team. His previous position was as the team’s tight ends coach for three seasons. He began his stint with the Titans in 2011 as the defensive assistant coach/quality control coach.