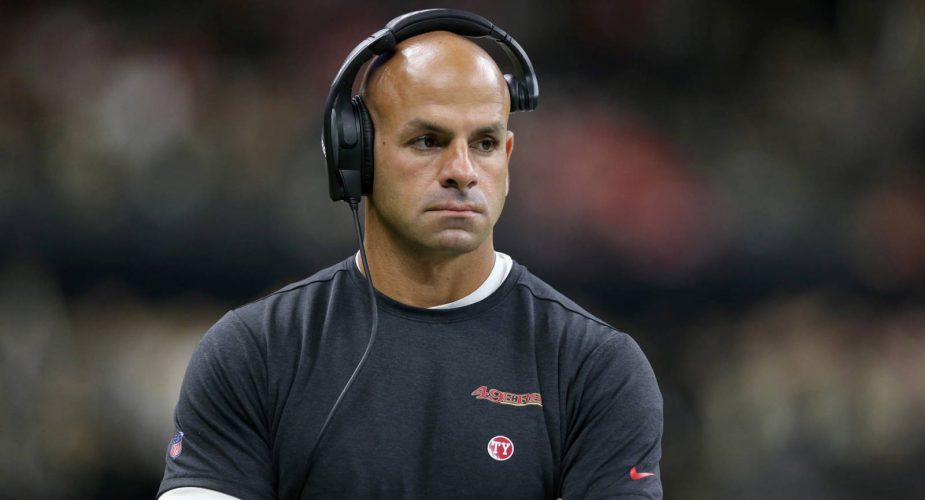 The New York Jets have a new CEO.  Well, kind of. There are multiple reports saying that Robert Saleh will indeed become the next coach of the New York Jets.

A source who was a candidate for the job told me the #Jets informed them they are hiring Robert Saleh.

Gang Green has reportedly come to terms with a new head coach in former San Francisco 49ers defensive coordinator Robert Saleh, whom the team flew in for a second interview after he impressed in round 1 of the teams extensive search.  Saleh beat out a field that included Eric Bieniemy, Joe Brady, Arthur Smith, former Jet Aaron Glenn and several others. 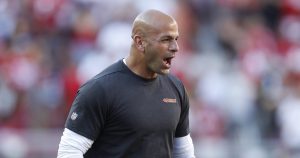 When GM Joe Douglas met with fans after ridding the organization of Adam Gase just over a week ago, he said that previous head coaching experience was not required and as owner Chris Johnson talked about wanting to add a CEO-type of figure who was able to oversee the entire roster as opposed to previous coaches who focused solely on one side of the ball.  In Saleh, the Jets hope to have just that.

Plenty familiar with the offensive side of the ball as a former college tight end, Saleh started his coaching career as an assistant at Michigan, Central Michigan and Georgia before landing his first job as a pro back in 2005.

It was then that Saleh found a gig with the Houston Texans as a defensive intern and quality control under Dom Capers where he would get to know current San Francisco 49ers head coach Kyle Shanahan as the two spent four years together in Houston from 2006-2009.  Following Capers’ departure, Saleh would work his way through the ranks under Gary Kubiak over the next five seasons.  Saleh would eventually become Kubiak’s assistant linebackers coach before heading to Seattle for three seasons as an assistant under .

From there it was on to the Jacksonville Jaguars for an additional three seasons where Saleh found himself coaching linebackers once again.  Despite a horrendous 11-37 record for the Jags during his time there, Shanahan hadn’t forgotten his old friend from Houston and hired Saleh to run his defense with the 49ers.

After a couple of less than ideal defensive finishes in 2017 and 2018 when the 49ers defense ranked 25th and 28th respectively, he guided San Francisco to a top 10 ranking in 2019 when they came in at number 8 overall.  High hopes for the 2020 season were dashed early when Saleh and the Niners were ravaged by injuries, starting with star linebacker Nick Bosa and defensive lineman Solomon Thomas, both in a span of just a few plays in week 2 against the Jets.

Now Saleh, a man who we hear commands (and has) the respect of his players, becomes the 20th head coach in team history and has plenty of work to do with Joe Douglas.  First order of business?  What to do with Sam Darnold.

Visit our forums to see what other die-hard fans are saying about Robert Saleh to the Jets.