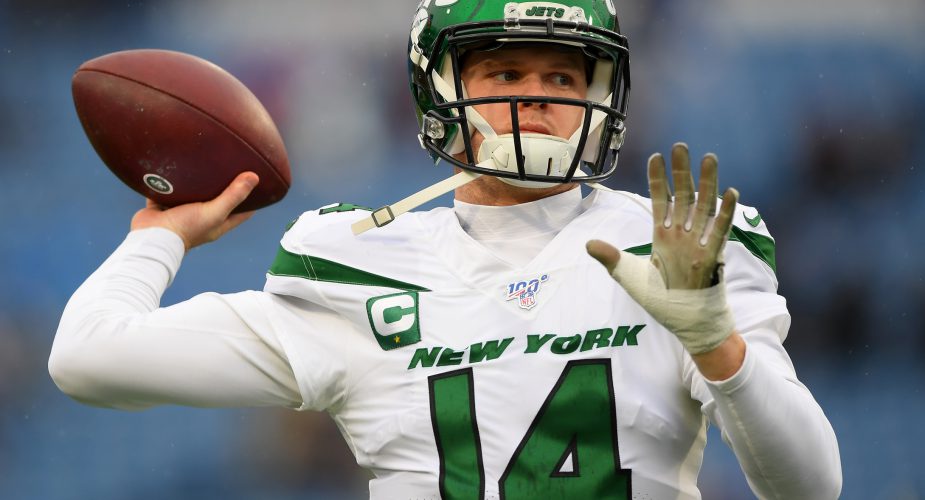 In this hypothetical sequence of articles, we will be exploring several options that the New York Jets can pursue while navigating through what promises to be a wild offseason of constructing a talented roster under new head coach Robert Saleh. First, let’s dive into the fan favorite — quarterback. Are the Jets sold on Sam Darnold after three rocky seasons, or will Woody Johnson come back from the U.K. be ready to make a splash signing and restore order in New York? Using Spotrac’s “Manage Roster” feature, we’ll will break down what the contractual obligations, as well as other factors, are in deciding their starting signal caller for 2021 and beyond.

As is the case with all players drafted in the first round, each club is given a 5th-year team option, which grants them an extra year of contractual rights on a player. Teams must decide on the player’s option before entering year 4 of their original rookie contract, so that means the Jets are looking at the 2017 NFL Draft in this instance.

The Jets selected Darnold 3rd overall, so now they must decide on his 5th-year option. The estimated salary on his option is roughly $25M. That number puts him up here with Tom Brady ($25M), Drew Brees ($25M, if he doesn’t retire), Derek Carr ($25M), Matthew Stafford ($27M), Jimmy Garoppolo ($27M), and Ryan Tannehill ($29.5M). Of course, the Jets can simply choose to decline the option, and they will still have their 2020 starting quarterback under contract for this season, carrying a cap hit of $9.79M. However, on August 1st, New York will owe Darnold a $3.85M guaranteed roster bonus. That is a 1-year investment worth $13.64M. It has been rumored by many sources, including ESPN’s NFL Insider Adam Schefter, that Joe Douglas and Robert Saleh are likely to keep Darnold as the team’s starter in 2021, although “smokescreen” is under way.

“I would think that Sam Darnold is going to return as the #Jets Quarterback.”pic.twitter.com/CvpzEGKQjj

Given Darnold’s body of work through 38 games (45 TDs/39 INTs), the Jets aren’t exactly sure what he is in terms of a franchise quarterback at the NFL level. His rookie season was a solid foundation to build on, with a hot streak to close the 2018 campaign, but his more recent film has flashed red with mental mistakes and careless turnovers. While he may not be a “broken” player, Darnold has to clean up fundamental areas of his play, as well as his confidence. Many hope that new offensive coordinator Mike LaFleur can make some of Darnold’s early promise reappear in the highly regarded Kyle Shanahan system. This will be the 3rd offensive system Darnold will learn in four years, so 2021 is a make or break situation for #14.

Among the top choices for New York at the quarterback position is Houston Texans’ Deshaun Watson, who will need to be acquired via trade from Houston. It seems the NFL’s news cycle has been Watson-centric throughout January, with a plethora of speculation about where he will take his next snap. As the two sides continue to drift further apart, the likelihood of Watson being traded slowly increases. If a deal were to be made to acquire the 25-year old All-Pro, he would only incur a cap hit of $10.54M in 2021, leaving New York with a healthy $56.6M in cap space. That is enough to sign a handful of free agents to surround Watson with, and then some. The downside? It will cost the 2nd overall pick, and much more to make that happen. The Texans will likely ask for three 1st round picks, as well as a starting caliber player, as a starting point in negotiations, so Joe Douglas will need to proceed with caution. Will he mortgage the future to secure a franchise quarterback? If so, Deshaun Watson is as good as it gets.

Other Notable Quarterbacks via Trade

Dallas is likely to apply a second consecutive franchise tag to Dak Prescott, so a “tag-and-trade” scenario would cost New York 2 first round selections. Those selections would be their original picks, meaning Dallas would acquire the 2nd pick in this coming draft. Prescott is coming off a season-ending leg injury, and would immediately need a new contract, but is the best veteran option outside of Watson.

The Atlanta Falcons are under reconstruction with new GM Terry Fontenot and new head coach Arthur Smith. It is rumored that Matt Ryan, and Julio Jones, could be seen as moveable parts this offseason, and the price tag would be lowest for his services. It likely would take a Day 2 draft pick coupled with a late round pick swap to make a deal happen. That’s a bargain for a former MVP who has played in a Super Bowl. Matt Ryan also has experience working with LaFleur, as well as QB coach Greg Knapp.

Looking for an option at quarterback that won’t cost you draft capital, whether by trade or draft picks, would likely bring about more skepticism than praise. The most intriguing option, and perhaps the most cost-efficient one, might be Jameis Winston. He was seen as the third option in New Orleans in 2020, behind Drew Brees and Taysom Hill, but has started 70 games in his five years in the NFL. He is only 27 years old, and despite the turnovers, has been productive on the field with 121 passing TDs. Winston could provide a low-cost “bridge” option, while still providing starter quality numbers.

The Pick is In

When it’s all said and done, the Jets can opt for the path that requires the least amount of draft capital, as well as short-term money, and select one in the 2021 NFL Draft. The team currently holds the 2nd overall pick, as well as 23rd overall in the back end of round one.  For the Jets, that leaves Ohio State’s Justin Fields, BYU’s Zach Wilson, and North Dakota State’s Trey Lance. If Joe Douglas and the scouting department believe that any of these three rookies can provide higher upside than Sam Darnold, now is the chance to take him. Don’t try to get cute and trade down to acquire more picks, just select that player. Odds are you won’t be in this type of position again.  Or so we hope.