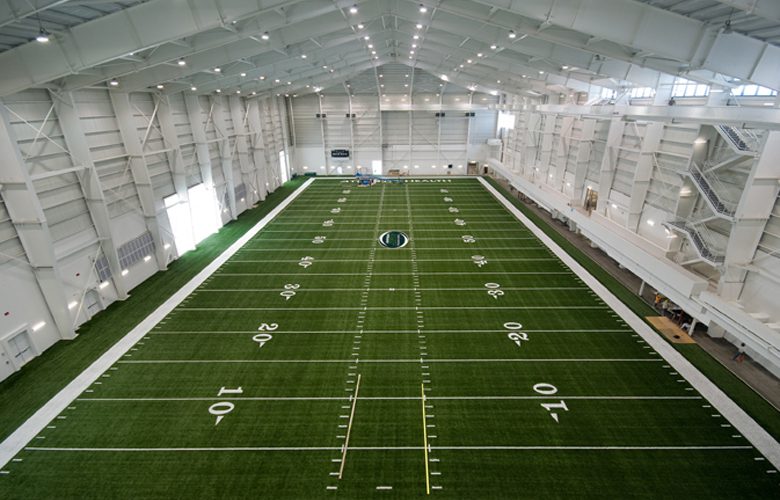 The past few seasons the Jets roster had non stop injuries. The team just sent out this press release which outlines the changes that are being made in the training department.

Dr. DeWeese most recently served as the assistant athletic director for sports performance at East Tennessee State where he also worked as a tenured associate professor. Before joining ETSU, Dr, DeWeese was the head of sports physiology for the United States Olympic Committee’s Winter Division based in Lake Placid, NY, where he helped athletes to seven world championship titles in three different sports, 21 Olympic and world championship medals and 100-plus medals in World Cup and Pan-American competitions. Dr. DeWeese, who earned bachelor’s and master’s degrees from Western Carolina and a doctorate from North Carolina State, has written a number of articles on speed development, programming tactics, and optimal training methods leading to elite performance.

Nicolini was with the 49ers from 2018-20 as assistant strength & conditioning coach after having started as a strength & conditioning assistant. From 2011-17, Nicolini was with San Jose State’s football program, beginning as a volunteer (2011) and strength & conditioning graduate assistant (2012) before serving as the assistant athletic performance coach (2013-14) and lead athletic performance coach (2015-17). Nicolini, who obtained his bachelor’s of science degree from the University of Redlands and his master’s degree in kinesiology from San Jose State, played defensive back at Redlands (2007-10) where he had 10 interceptions, 31 pass defenses, 4 FR and 2 FF in 36 games.

Teaming with Nicolini in the strength & conditioning department, Dr. Ahmad arrives from Richard Bland College where he was the assistant director of athletics and sports performance, and was also responsible for student-athlete compliance with NJCAA protocols. A graduate of the University of North Carolina Asheville in 2008, Dr. Ahmad earned his master’s of physical education from North Carolina Pembroke and is working toward his doctorate at East Tennessee State University. Before joining RBC athletics, Dr. Ahmad served as the assistant director of athletic performance at the University of Missouri, and he was also responsible for the design and supervision of training programs at HCA Virginia Sports Medicine.

For the past two years, Dr. Sausaman has been the director of applied performance at Missouri. The Gainesville, FL native worked as the director of sports science/performance with the women’s soccer program at East Tennessee State from 2016-19. In 2015, Dr. Sausaman was a strength & conditioning associate with the Jacksonville Jaguars where his responsibilities included speed development, performance testing sessions and recovery education. Dr. Sausaman, who holds a B.A in finance (2009), an M.B.A. (2011) and a M.S. in sports & leisure commerce (2012) from Memphis as well as a Ph.D. in sports performance from East Tennessee (2019), played soccer collegiately at Memphis (2005-08) and started his coaching career at his alma mater from 2011-15, filling the role of sports performance liaison.

Dr. Sams was a performance science analyst for the Kansas City Royals prior to joining the Jets. He earned his bachelor’s of science (2011), master’s in exercise physiology (2014) and PhD in sports physiology and performance (2017) from East Tennessee State.

After a thorough review of our sports performance areas, it became clear that in order to maximize our player’s health, safety and effectiveness on the field, we needed to establish a centralized group that would better position our team for success. During our search for the right person to lead this group Dr. Brad DeWeese impressed us, not only with his proven track-record, but also with his vision, insight, and strategic approach to maximize athletic care and performance. His focus on speed and power is exactly what we believe we need to help develop and enable Jets players to reach their peak level. We are excited to add this new dimension to our organization and bring Dr. DeWeese and his staff into the fold and know the players will find this group to be a tremendous asset to them.

We believe in a roundtable approach, everybody has a seat at the table, everybody’s equal and there’s no walls that divide us. We may come into a room and have respectful dialogue, but we’ll come to a decision that we all support. It is important to invest in resources and technology where you can remove your opinion and you can look at the information, what it’s telling us and what do you think it means, what should it add. And we can move forward with a discussion with everyone on equal footing in a performance model. You remove defense mechanisms empower everybody and it drives innovation. I want to let everyone know that they matter.