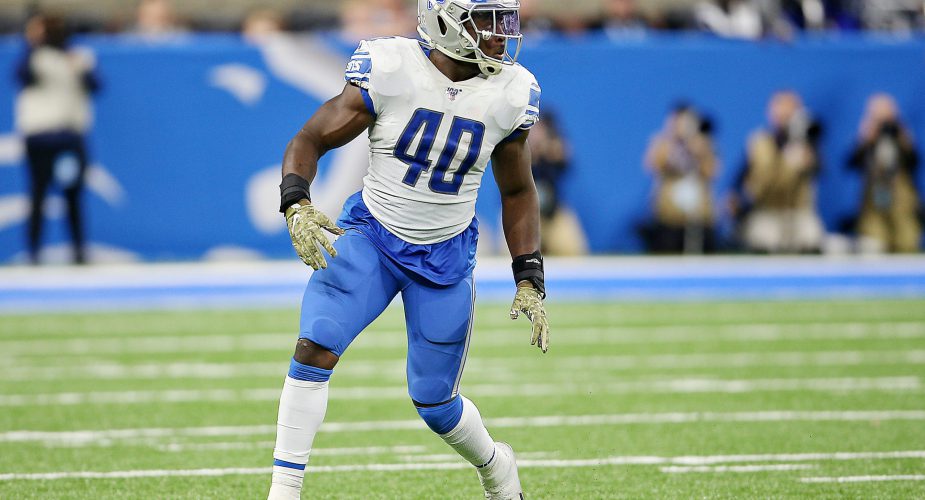 The legal tampering period is here and there are multiple reports saying the Jets have reached their first agreement. Linebacker Jarrad Davis is headed to the Jets on a one-year 7 million dollar deal. He was a first round draft pick of the Detroit Lions in the 2017 NFL draft. The Lions declined to pick up his 5th year option.

Former Lions’ LB Jarrad Davis to the Jets on a one-year, $7 million deal, per source.

The Draft Network provides a glimpse into what went wrong for Davis with the Lions.

Davis’ failure to become an answer for the defense is not a matter of work ethic, passion or football character. He is an elite competitor that is renowned for the way he prepares. Unfortunately, his level of play has been poor.

While the case could be made that Davis was drafted for a different scheme, as he was picked when Teryl Austin was the defensive coordinator under then-head coach Jim Caldwell, Davis underperformed and struggled to translate equally to Matt Patricia’s defense.

The mental side of the game has been tough for Davis. He frequently blows coverage assignments and moves out of run fits because of misreads. While he is a terrific athlete, Davis doesn’t play with enough control to take advantage of it.

If there is a bright spot to Davis’ tenure so far in Detroit, it has been his ability to find success as a blitzer. In three seasons, Davis has 10 sacks and 19 quarterback hits. His speed and urgency show up when given the opportunity to shoot a gap and chase down the quarterback.

You can read more about Jarrad Davis to the Jets in our forums.