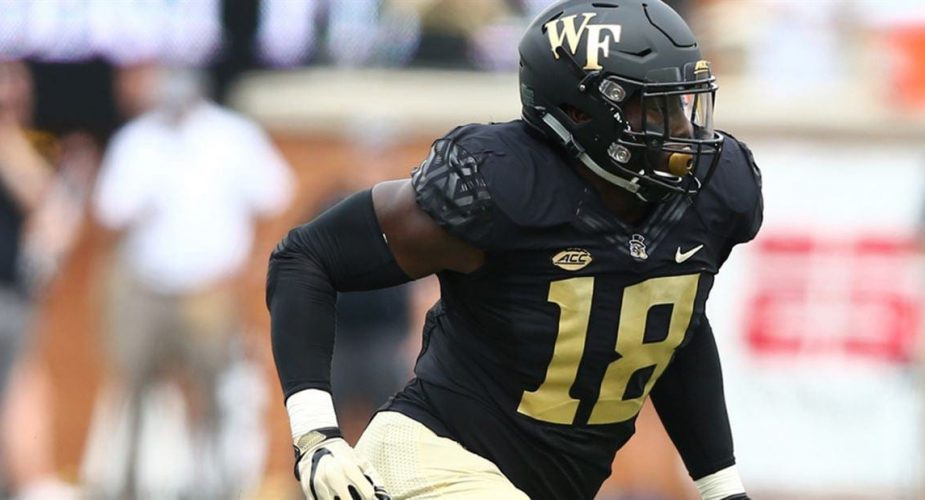 Things are looking up for Joe Douglas and the New York Jets after landing quarterback Zach Wilson before trading up to add this year’s top interior lineman in Alijah Vera-Tucker.  With the first round coming to a close, the Jets are set to pick second on day two with pick 34 and there are still plenty of potential impact players on the board who could fill a need for Gang Green.

If the Jets opt to continue building a wall around Wilson, they could opt for offensive lineman Teven Jenkins, who many predicted would be off the board by the time the Jets were picking in their original 23rd spot.  The fact  that he might be there at 34 could present the Jets with an opportunity to truly have something special on the O-line with Mekhi Becton, Alijah Vera-Tucker and Jenkins.

Should the Jets look to address the defensive side of the ball, there are three players who have very different profiles but could all offer something to Robert Saleh’s defense.

First up, there’s Wake Forest defensive lineman Carlos Basham Jr.  One of the countries top pass rushers, Basham has been overlooked through much of this process but his talent and production could warrant a pick at 34.  If the Jets want a more well rounded and versatile player to add to their front seven, there’s Notre Dame linebacker Jeremiah Owusu-Koromoah, a jack of all trades who Robert Saleh would likely love to have at his disposal.  If it’s a purely explosive edge rusher the Jets crave, Georgia’s Azeez Ojulari should be a consideration.

A trade down to add picks should absolutely be on the table, but if not, another player who will likely enter the conversation is Georgia cornerback Tyson Campbell.

Buckle up, Jets fans…this should be a fun ride.