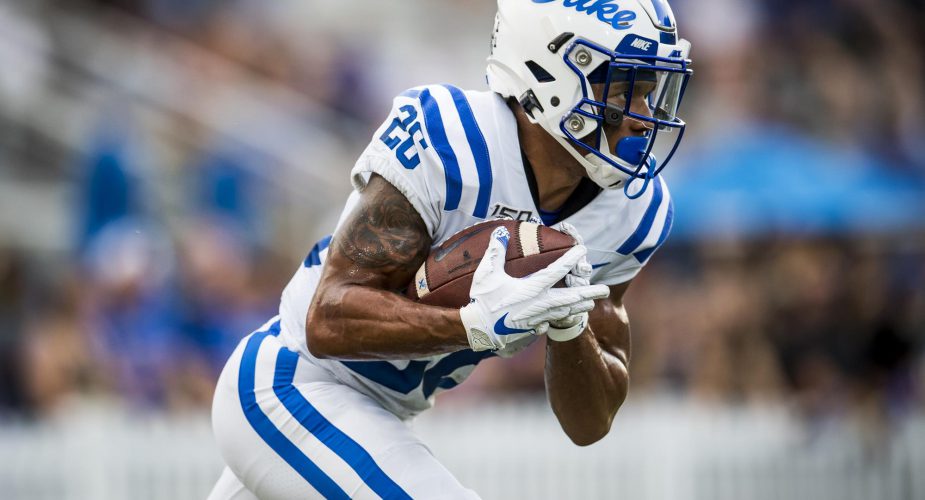 In a bit of deja vu, the Jets have drafted their second Michael Carter of the day, this time it was Duke cornerback Michael Carter, just a couple of picks after choosing the North Carolina running back of the same name.

A college cornerback, the Jets are listing Carter as a safety after using the 5th round pick the acquired from the Giants in the Leonard Williams deal.  In 42 career games, the speedy Carter finished his Duke career with 88 tackles and 4 interceptions.

Unlikely to be entirely accurate, Carter was clocked at a blazing 4.3 40 time at his pro day and should be a candidate to occupy the slot for Gang Green as Brian Poole has not been brought back by the club.  Carter joins Jamien Sherwood as just the second defensive player to come off the board for Gang Green up to this point.

With four picks remaining, look for the Jets to add more defense through the course of the day.