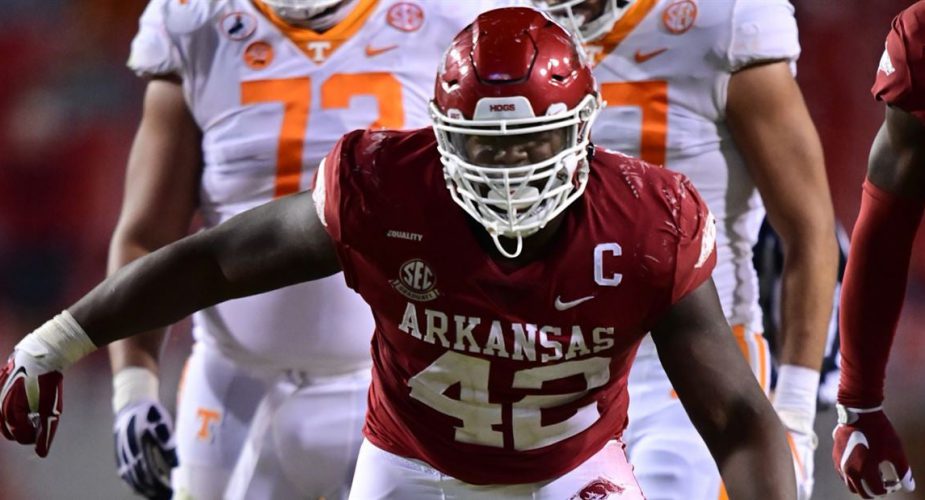 It feels like years ago that the Jets placed a heavy emphasis on offense in this years draft class after closing things out with six consecutive picks on defense after opening things with four offensive players.  The final piece being Arkansas defensive tackle Jonathan Marshall.

Marshall is an athletic freak as evidenced by the fact that he tested out as the number two all-time Relative Athletic Score matrix in earning a 9.99 out of a possible 10.

He spent some time playing out of position in college but will likely become a 3-technique for the Jets under Robert Saleh.  Even with a loaded front seven that consists of Quinnen Williams, Sheldon Rankins, Foley Fatukasi and John Franklin-Myers, a player with Marshall’s profile is a welcome addition.

Marshall was also a team captain at Arkansas where he picked up 35 tackles (6.5 for loss) but didn’t register a sack.  Whether it was due to ability or scheme fit is something the Jets should find out in the future.