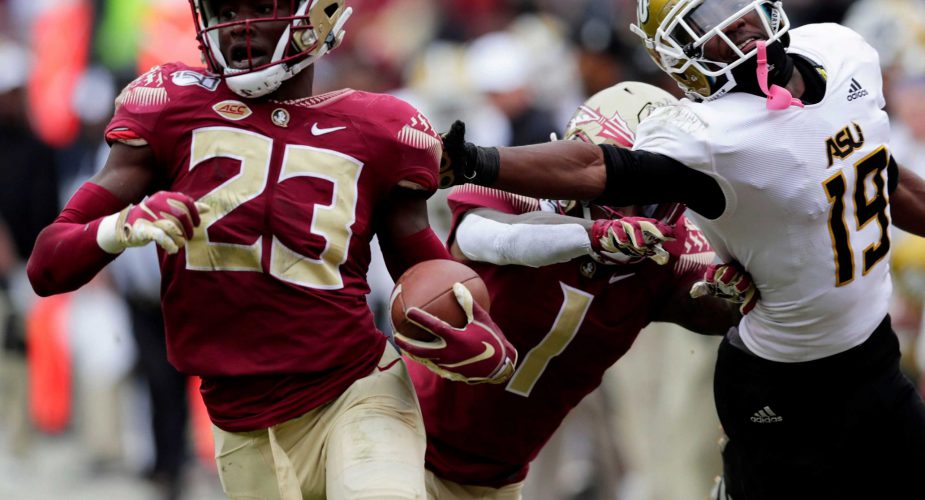 Notice a trend yet?  With their latest pick, 186 overall, the Jets went defense again in choosing Florida State University safety Hamsah Nasirildeen whom the Jets listed as a linebacker, as was the case with Jamien Sherwood who the team took in the fifth round.

The #Jets have selected S Hamsah Nasirildeen with the No. 186 pick in the #NFLDraft, sources tell @TheAthletic.

Prior to Nasirildeen, the Jets chose Duke cornerback Michael Carter who played both the boundary and slot at Duke but is listed as a safety by the Jets.  Of all the defensive backs/linebackers the Jets have taken, Nasirildeen had the most pre-draft hype with some outlets projecting him as early as the second round.

In his time at FSU, the 6′ 4” 220lb Nasirildeen was a team captain who picked up 139 tackles and 4 interceptions and will now look to spend some time playing up front and on special teams for Gang Green while also seeing some time against opposing tight ends.