Jets Stay on the Offensive, Snag NC Running Back Michael Carter with Pick 107 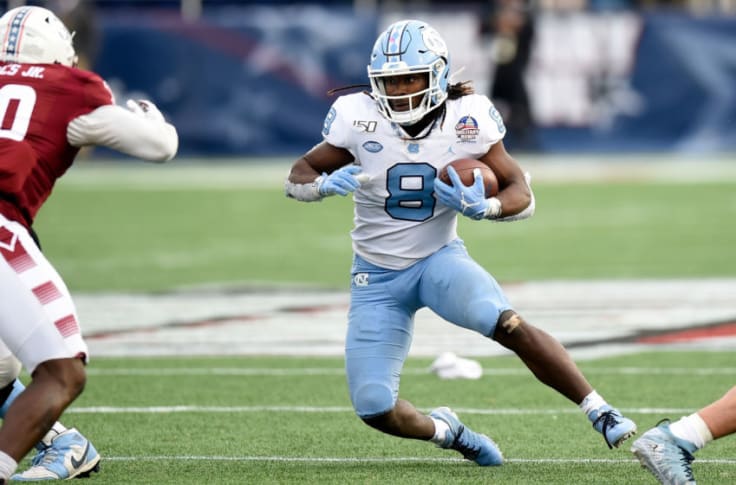 Keeping with the theme of building around rookie quarterback Zach Wilson, the Jets picked a fourth consecutive offensive player when they grabbed University of North Carolina running back Michael Carter with the 107th pick of the draft.

Excellent value to get Carter at 107. Would expect him to leapfrog Perine on the depth chart. pic.twitter.com/pfKPaSuhHC

Carter was one half of a dynamic duo in North Carolina where he paired with Devonte Williams who was chosen on day two.

In his final season at UNC, Carter put up other worldly numbers, putting up 1,245 yards and 9 touchdowns but most impressive was his 8 yards per carry average.

Carter consistently displays excellent vision, decision making and burst to the hole when he sees one open up.  Carter can also be a weapon out of the backfield in the passing game as he caught 25 passes for 267 yards and a pair of touchdowns last season.

Yet to take a defensive player in this class, look for Gang  Green to use the majority of their remaining picks on that side of the ball to address cornerback and outside linebacker above all.