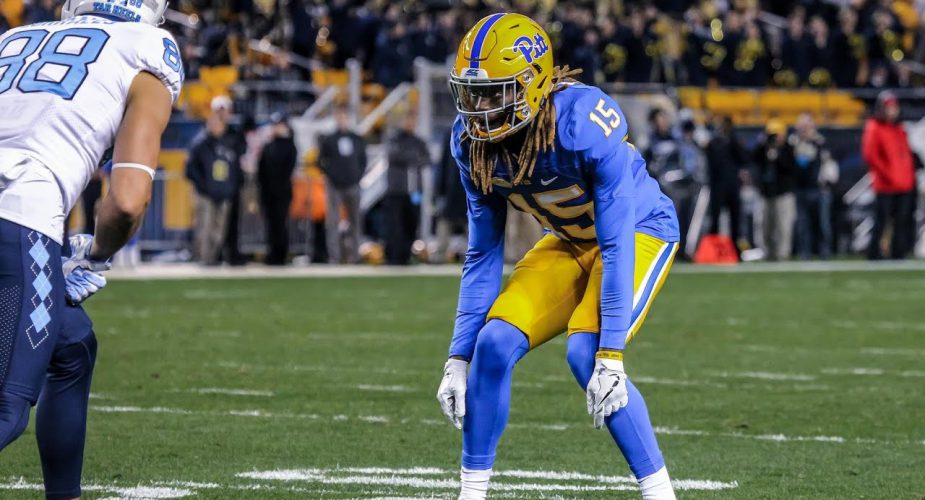 After spending their first four choices on offense this year, the Jets have now selected their third straight defensive player in University of Pittsburgh cornerback Jason Pinnock.

A 6′ cornerback who had three interceptions last season, Pinnock is willing to mix it up with opposing receivers and he’ll look to compete for a starting spot on a defense that, in its current state, is seriously lacking at the cornerback position.

In his time at Pitt, Pinnock intercepted 6 passes in 30 contests to go along with 19 passes defended.