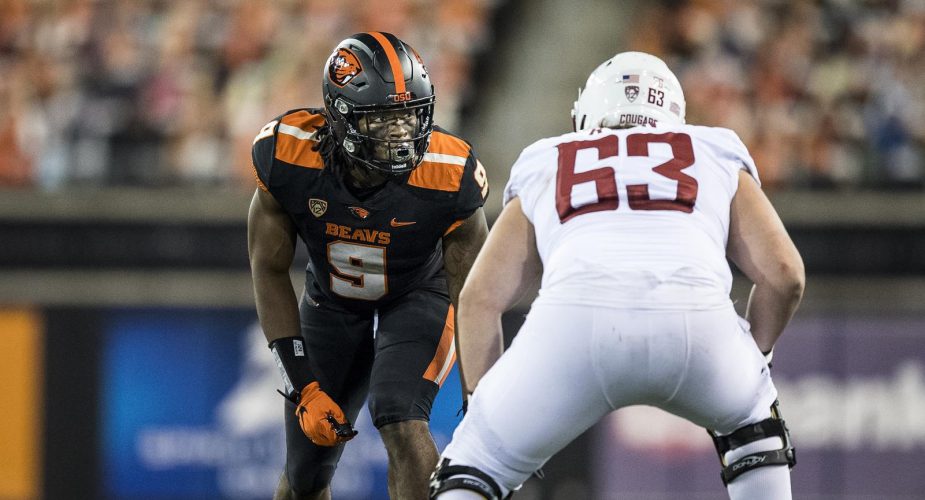 As we say every year because sometimes you’ll see players back out and sign elsewhere, here is the current list of players who have reportedly come to terms with the Jets as undrafted free agents.  Some, as you’ll see, have been confirmed by the players themselves.

TE Kenny Yeboah, Mississippi: Yeboah tweeted out the news himself from his personal twitter account and is a guy who has a very good chance to make this roster as a versatile pass catching tight end.

LB Milo Eifler, Illinois:  Eifler didn’t have a ton of college production, but he hits like a freight train and could be a factor on special teams early on.

Rashed is an intriguing prospect.  After picking up 14 sacks two seasons ago there were those who viewed him as an early round pick.  He would return to school and go undrafted after failing to pick up a single sack last season.

DL Michael Dwumfour, Rutgers: A Rutgers product who spent the first few seasons of his college career at Michigan, Dwumfour logged 52 tackles and 2.5 sacks in his time at the two schools.

OL Parker Ferguson, Air Force: An Air Force Academy alum, Ferguson latches on with the Jets in hopes of sticking as an O-lineman.

OL Tristen Hoge, BYU : The Jets bring in Zach Wilson’s college center who has a chance to stick around on a team with little depth on the O-line.  Some projected Hoge as a day 3 pick but his name wasn’t called.

OT Grant Hermanns:, Purdue A tall, long lineman who needs to improve in plenty of areas but has good size for the position.

Watched a fair bit of Grant Hermann's out of Purdue and while he has the requisite length to play the position, he struck me as a guy who needs a ton of work. Sometimes looked like he was still growing in to his frame and needs to get stronger but did look good at times. pic.twitter.com/8gvsjTk0nd

S Brendon White, Rutgers: White can be added to the list of big safeties who could earn a look at a few different spots for Robert Saleh on defense.