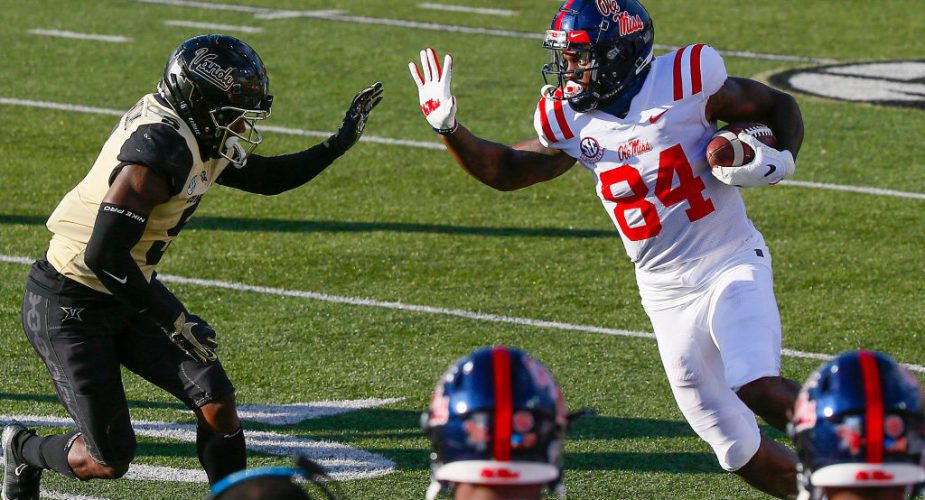 Kenny Yeboah would eventually cool down, but through his first four games of the season for Ole Miss (Florida, Kentucky, Alabama, Auburn), he picked up 438 yds on 19 rec to go along with 4 TD's. Could be good value pick in late rounds. pic.twitter.com/DCDoCZntis

A big play threat at tight end who can line up in-line or as a receiver, Yeboah had some monster performances after transferring from Temple to Mississippi, finishing with 11 touchdowns in his final two collegiate seasons between the two schools.

With Chris Herndon on board as the only true receiving threat, adding another versatile piece to the puzzle makes plenty of sense.  It’s also rumored that Gang Green gave Yeboah $180,000 which tells us there was a strong market for his services as UDFA’s rarely see that type of coin.

Expect the Jets to give Yeboah every chance to stick around as they look to revamp one of the league’s worst offenses following the addition of rookie QB Zach Wilson.