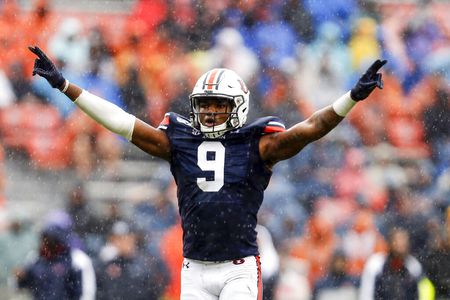 According to NFL insider Adam Schefter, the Jets have agreed to terms with 5th-round pick Jamien Sherwood, a safety out of Auburn.

In New York it’s unlikely Sherwood will exclusively play safety as he’ll likely fill a variety of roles up front for Robert Saleh and company.

During his time at Auburn, he raked up 140 tackles, 10 passes defensed and an interceptions.  Sherwood was one of six defensive players the Jets took through the course of draft weekend and one of four defensive backs, joining Michael Carter II, Hamsah Nasrildeen and Brandin Echols.

With Sherwood under contract, the Jets still have plenty of work to do with a total of nine picks left, including a pair of first-round picks in quarterback Zach Wilson and offensive lineman Alijah Vera-Tucker.