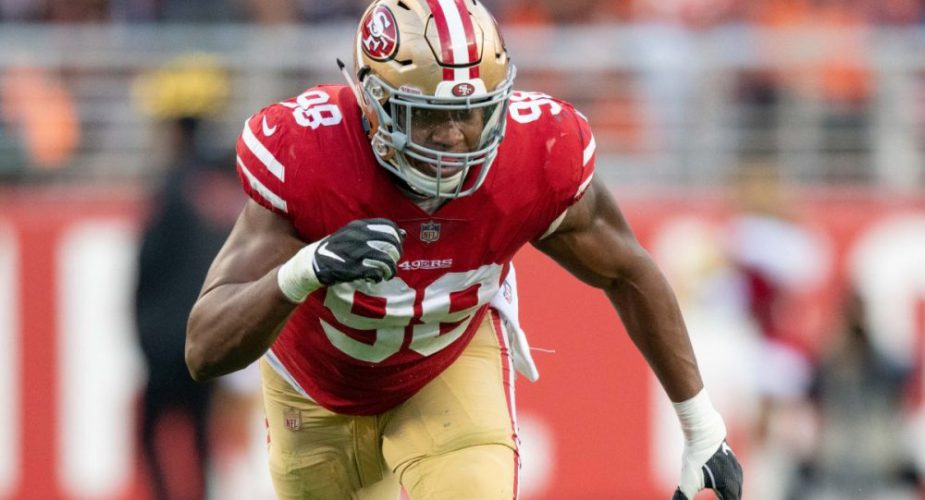 The NY Jets announced that they have signed defensive end Ronald Blair.  Blair previously played for Robert Saleh with the San Francisco 49ers.  He has 13.5 career sacks and has been limited by injuries. In order to make room for Blair on the roster they waived Sharif Finch.

Some additional info on Ronnie Blair:

Blair ruptured his ACL midway through the 2019 season, which should have given him enough time to return for 2020. Unfortunately, something went wrong while Blair was on the operating table, leaving him sidelined for the entire year. Now, Blair seems to have recovered from his botched ACL surgery and he’ll have the summer to prove it.

Before all of that, the former 2016 fifth-round pick enjoyed a spot in the Saleh’s defensive rotation, compiling 13.5 sacks, 27 quarterback hits, and 22 tackles for loss across four seasons. Blair could help provide depth for the Jets at multiple spots up front, including the edge where they desperately need a lift over last season.

Visit our forums to read more about Ronald Blair.