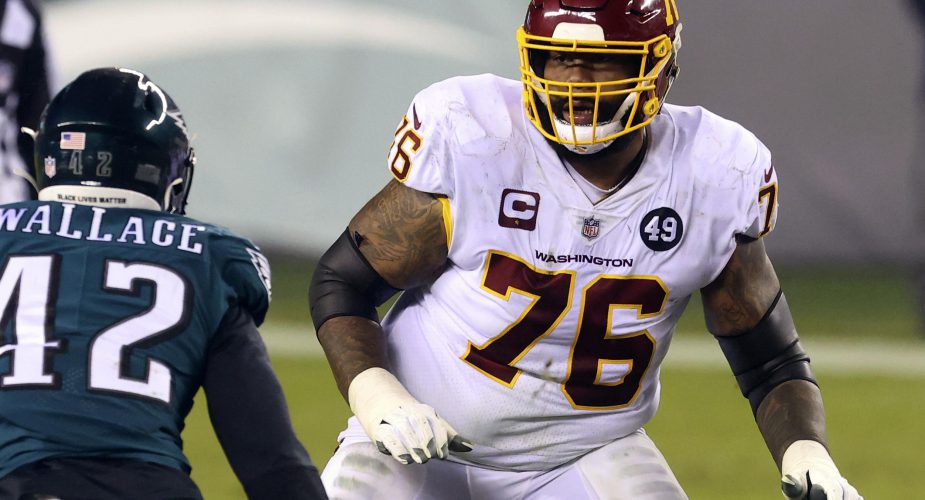 After watching departed quarterback Sam Darnold spend much of the past three seasons running for his life, Joe Douglas and the Jets mean business when it comes to protecting rookie QB Zach Wilson.  It appears the general manager and ownership are willing to open up their checkbook to prove it.

#Jets are among multiple teams that remain interested in free agent OT Morgan Moses, per sources. Moses visited New York and Chicago in recent weeks. Teams have made strides in potentially signing him but no decision made.

ESPN’s Jeremy Fowler is reporting that the Jets have made strides in trying to add Moses who was recently cut loose by the Washington Football Team.  In adding Moses becomes a reality, Douglas will have completed a miraculous overhaul of one of the NFL’s worst offensive lines.

Should the Jets land Moses, a free agent prize being pursued by multiple clubs, Douglas will have brought in a franchise left tackle in Mekhi Becton, a proven stud at right tackle in Moses, to be the bookends on either side of rookie left guard Alijah Vera-Tucker, center Connor McGovern and presumably current right tackle George Fant who could kick inside to guard.  Or perhaps Moses, wo did play some guard in college, moves inside and Fant stays at tackle? The former seems more likely than the latter, but the Jets will cross that bridge if and when they come to it.

Of course there are concerns about the health of Becton who missed all or part of 8 games as a rookie, but much of that was due to an head coach who was in over his head and put Becton back in the lineup too soon after a shoulder injury.  Becton’s current issue is merely a case of plantar fasciitis which the team says will not require surgery with Becton having more than enough time to heal up before the start of training camp.

An O-line of Becton, Vera-Tucker, McGovern, Fant and Moses would give the Jets the best line they’ve had since the days of Rex Ryan and deep playoff runs.