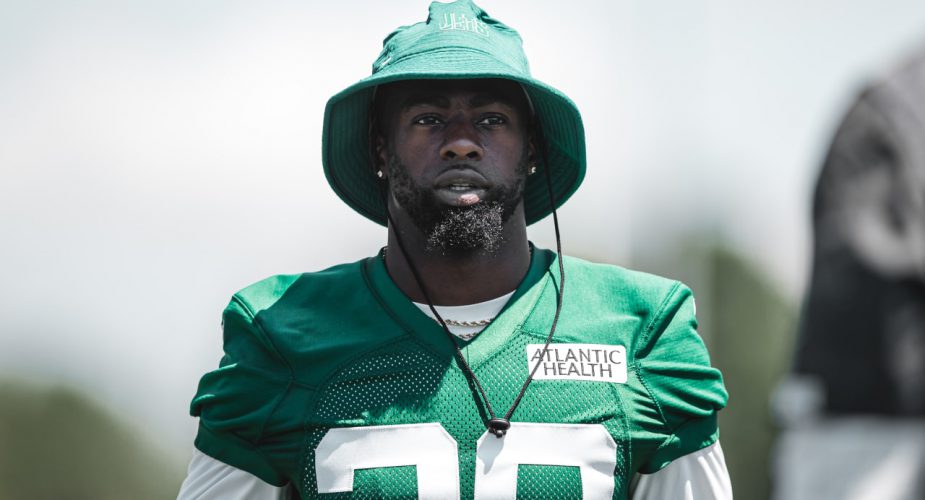 The 1st day of training camp is here, Zach Wilson still isn’t. More on that as it develops and JetNation will have plenty of #JetsCamp reports coming your way soon. For now the team announced that Marcus Maye and Foley Fatukasi have been placed on the active roster. Here is the full story along with the additional roster moves.

The Jets have moved S Marcus Maye, DL Folorunso Fatukasi and rookie DL Jonathan Marshall to their active roster on the first day of training camp today, just four days after all three were placed on either the Active/Physically Unable to Perform or Active/Non-Football Injury list.

Maye and Fatukasi went on NFI and Marshall, the Jets’ sixth-round pick (207th overall) out of Arkansas, was placed on PUP.

Head coach Robert Saleh, before the transactions were announced this afternoon, was asked about the seven players who were placed on PUP and NFI last week.

“There is another physical that is taking place today, so we’ll have more clarity on exactly how serious all those injuries are so,” Saleh said. “I know there was a list that was put out on the initial wave of physicals but today is the final one and we feel good about the direction that most of them are in and the way they’ve been working through the weekend.”

Valoaga (6-6, 275) was originally signed by Detroit as an undrafted free agent out of UNLV after the 2017 NFL Draft. He played nine games with the Lions in ’17 and four more games in ’19 with the 49ers, whose defensive coordinator at the time was Saleh. Valoaga also spent time with but didn’t play for the Dolphins in 2018 and the Raiders last season.

During the 13 games in his pro career, Valoaga has one sack, with the Lions, plus five QB hits and seven defensive tackles.