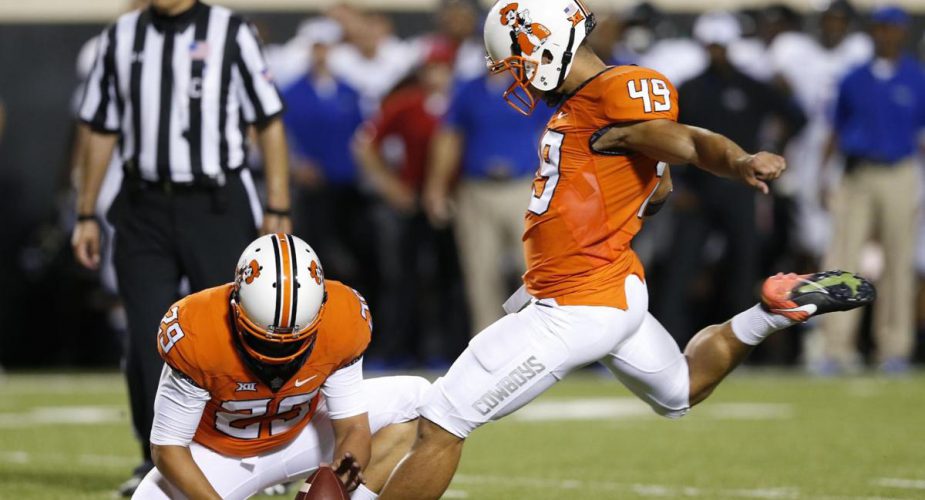 And the first casualty of Jets training camp is upon us.

Rich Cimini of ESPN is reporting that the Jets have waived struggling place kicker Sam Ficken and replaced him on the roster with former Oklahoma State kicker Matt Ammendola.

PK Sam Ficken, who has been struggling in camp, has been waived by the #Jets. They signed PK Matt Ammendola. The game of musical kickers continues.

The kicker position has been a bit of a disaster for the Jets over the past few seasons and Ammendola joins rookie undrafted free agent Chris Naggar who was battling Ficken early on.

The Jets too a look at Ammendola earlier this week and pulled the trigger after seeing enough of Ficken who has been underwhelming since joining the Jets back in 2019, hitting on just 76% of his kicks, going 32-42.