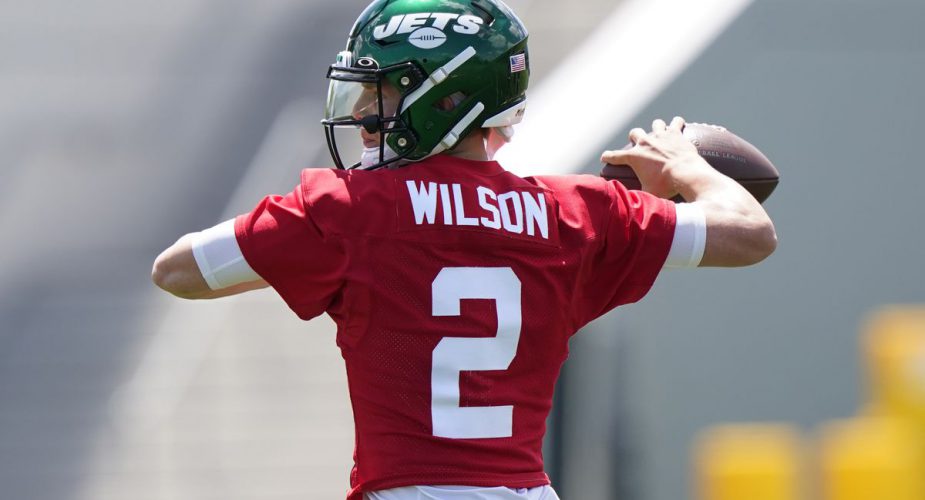 Jets rookie quarterback Zach Wilson made his much anticipated debut at Jets camp today and after starting things off with a bang (a 40 yard completion to Elijah Moore), things calmed down quite a bit for the youngster.

Every day is a chance to make a play. pic.twitter.com/iQ7ecxD6Cs

Wilson would get picked off not long after his bomb to Moore when Marcus Maye cut in front of wide receiver Jamison Crowder for the INT.  Carl Lawson also made plenty of noise for the second day in a row, beating Mekhi Becton for at least one “sack” after picking up a few yesterday.  Lawson and Becton should be fun to watch when the pads come on.

As far as Wilson goes, Head Coach Robert Saleh stated the obvious when he said the the job is Wilson’s to lose and didn’t sound concerned over the rookies struggles on his first day of camp.

Also of note today was second-year receiver Denzel Mims working with the third group of receivers.  As early as it may be, it’s not a great sign to see a second-year player who was taken in round 2 of the draft running with a few roster long-shots.