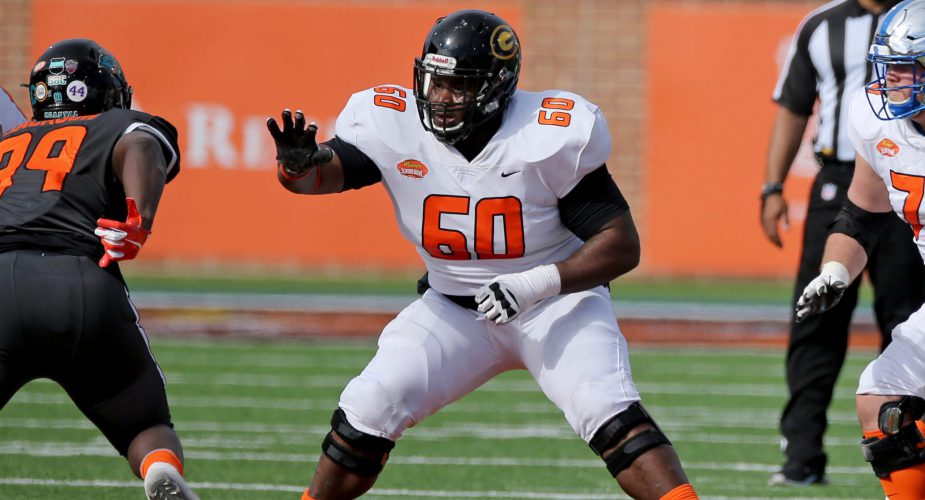 With Alijah Vera-Tucker on the shelf for a bit, Alex Lewis spending some time away from the team and second-year guard Cam Clark recovering from a spinal contusion, the Jets have made a claim for and been awarded rookie guard David Moore.

The Jets have been awarded G David Moore off of waivers from the Panthers. He was amongst the coveted undrafted free agents this year.

An undrafted free agent out of Grambling, Moore has a reputation as a mauler along the interior which led some to suggest the young lineman would hear his name called during the NFL draft.  As it turns out, he landed in Carolina with the Panthers before being waived.

Not the most athletic lineman you’ll ever see, Moore trying to fit in to the Jets offense should be interesting but credit the Jets for snagging a young player with potential while they’re beat up along the O-line.

Already earning high praise before the Reese’s Senior Bowl, Moore was voted the top lineman on his team by opposing defensive linemen in Mobile.