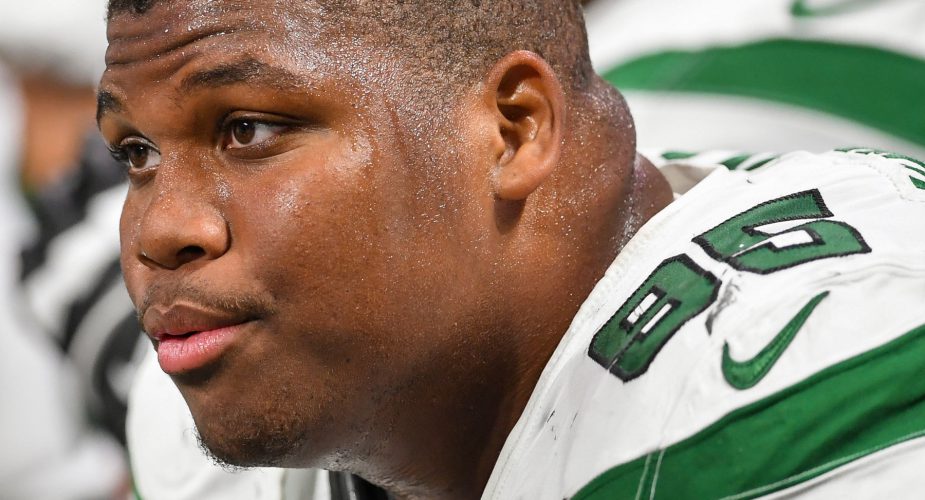 While Jets fans are rightfully focused on this year’s rookie class led by second overall pick Zach Wilson, it’s the team’s 2019 class that will prepare to enter their third pro season.  Year three tends to be what most view as the season in which a player has to show he belongs or his time in the NFL may be winding down to a close.  In the terms of the Jets class, there’s only one sure thing followed by a bunch of question marks.

DL Quinnen Williams (Rd 1, 3rd overall): The Jets took a fair bit of heat for taking Williams over edge rusher Josh Allen who went to the Jacksonville Jaguars, but few fans are complaining after Williams appears to be heading toward elite status.  One of the top young interior defenders in the NFL, Williams picked up 7 sacks in 13 games and was a force against the run.  Williams is going to be a very rich man in the coming years.

OLB Jachai Polite (Rd 3, 68th overall): A wasted pick.  Polite never played a game as a Jet and is already out of the league after a short stint with the Rams.

OT Chuma Edoga (Rd 3, 92nd ovearall): This is a big year for Edoga.  He has always had the physical traits to be a quality tackle but questions regarding work ethic popped up leading up to the draft.  He has been good just as often as he has been bad for the Jets and if he isn’t more consistent this season, he could be shown the door.

TE Trevon Wesco (Rd 4, 121st overall): Drafted as a tight end, Wesco has been used primarily as a blocker up to this point in his career but has a chance to have a major impact this season when he’ll get a look at fullback.  Some of his best work as a pro has come as a lead blocker and in the Jets new offense, a good fullback can carve out a nice role.

Another player who saw too few reps to excel in a particular role, TE/FB Trevon Wesco did enough as a blocking fullback to be the guy who should get a shot to fill that role in the Jets new offense. pic.twitter.com/3kXahEaIKW

LB Blake Cashman (Rd. 5, 157th overall): As we’ve said many times this off-season, there’s quite a range of realistic outcomes for Cashman in 2021.  He can be a quality starting weak side linebacker, or if injured once again, will likely find himself looking for a job.  Day 1 starter or street free agent?  Only time will tell.

CB Bless Austin (Rd. 6, 196th overall): Austin was supposed to be a steal if he could only stay healthy.  Well, since making his pro debut late in his rookie season, Austin has been healthy but he has been far from a steal.  Despite having one of the least experienced defensive backfields in the NFL, Austin being let go before the opener would come as no surprise if he doesn’t show dramatic improvement.

So with year three looming, it looks like the Jets will have come away from the 2019 class with one elite player, a pair of potential starters and a few guys just hoping to hang on to a roster spot.