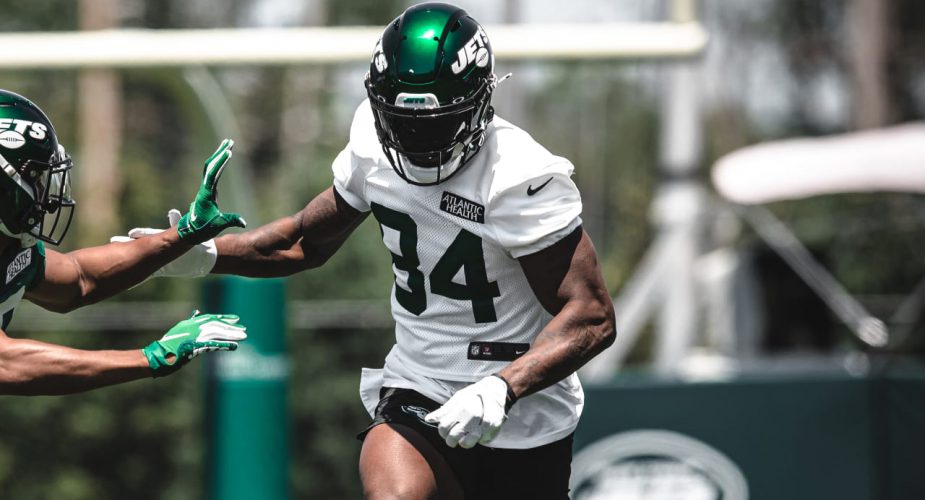 NY Jets training camp practice began at 11am in Florham Park, NJ and lasted for 2 hours.

Injury News: AVT was seen doing light work as he’s recovering from a Pec injury, he is considered day to day without a set return date.

Josh Johnson was active during practice, he’s officially in the mix for the backup QB spot. Mike White seems to be falling behind in this race. My guess is the #2 QB spot is between Johnson and James Morgan

Zach Wilson was up and down once again, showing some rookie struggles. He did find Corey Davis three times in the end zone, there chemistry is developing nicely. He also connected with Elijah Moore and Vincent Smith caught a tipped ball for a score that was intended for Tyler Kroft.  Wilson did not end the day very accurate as the secondary of the defense was on point.

The pressure continues to test the young rookie in preparation for the regular season.  Carl Lawson and Bryce Huff had would be sacks.  The defensive line continues to perform as the best unit on the team.  There was solid interior pressure coming from Nathan Shepherd, Sheldon Rankins and Folorunso Fatukasi.

Keelan Cole beat Lamar Jackson on a deep pass from Zach Wilson, the longest reception of the practice.  Cole looks locked into a starting role as he make plays each day.

Elijah Moore showed more versatility by working the shorter areas of the field.  He can truly line up anywhere and be a threat.

Chris Herndon continues to impress even with a heavy rotation at tight end. He was missed on a deep route today that would have been a 20 yard gain or more.  Trevon Wesco had a couple receptions, both short and long for 15 yards or more.

There has been a healthy rotation all camp and that did not change today.

Tevin Coleman had two nice outside runs for a marginal gain.  Michael Carter blasted an interior run and carved through the defense with quick footwork.  TY Johnson continues to get reps with multiple tight ends on the field and It would seem he’s inline for power RB role.  Johnson bounced a run outside and turned on the Jets up the sideline.

Last Line of Defense
The battle for the Nickel Back corner is between Javelin Guidry and rookie Michael Carter II, I believe Guidry is ahead at this point.

Bless Austin looks to be in phenomenal shape and has high hopes for himself this season.  He spoke about Corey Davis being a great addition to the team and how he helps him get better every day.  Bless believes he and Bryce Hall will prove themselves as quality starting cornerbacks in this league.