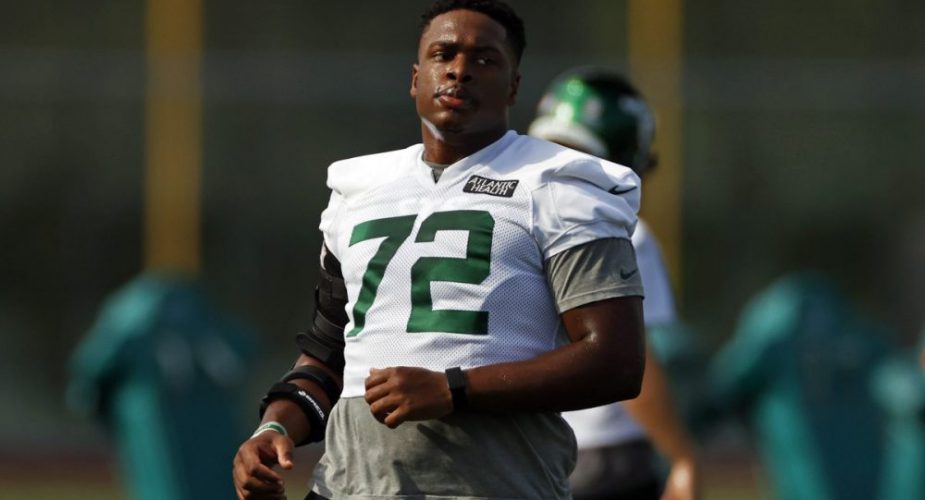 At the outset of every NFL training camp, the first answer many fans and players offer when asked what they hope to see or accomplish is “no injuries”.  For the New York Jets, those hopes were met with very good results through the first dozen practices or so.  Since then however, the team has taken a beating in the trainer’s room, and especially along their offensive and defensive lines.

The team lost star pass-rusher Carl Lawson for the season with a ruptured ahcilles tendon which was a huge blow to a defensive line that was expected to be one of the best in the NFL.  Then yesterday, backup defensive end Vinny Curry announced he will miss the entire 2021 season due to complications from treatment for a rare blood disorder as Jets fans took to social media to wish him well.

On the other side of the ball, there were no players lost who were of Lawon’s caliber, but it’s been a lot uglier in terms of numbers.  After drafting Alijah Vera-Tucker and signing Morgan Moses, it looked as if the Jets would have not only one of the better offensive lines in the NFL, but also the deepest.  That didn’t last.

Just a couple of weeks ago, last year’s starting left guard Alex Lewis, who would have been a high-end backup behind Vera-Tucker, promptly announced his retirement after missing the end of last year for personal reasons.  This was a big blow to Gang Green’s depth.  Lewis’ retirement was paired with second-year guard Cam Clark being placed on IR with a spinal contusion, putting him out of action for the foreseeable future.  In the span of just a few days, the two guys many had penciled in as backups at left and right guard were no longer options.

When live action started against the Giants and Packers, it appeared Joe Douglas dropped the ball in signing backup guard/center Dan Feeney.  Through two games we’ve seen Feeney dropped on his back, tossed around like a rag doll and buried at the line of scrimmage on a 4&1 that he allowed to get shut down short of a first down.  Feeney was pulled shortly after that while all other starting linemen stayed on the field.

Those who watched Feeney after the signing shouldn’t have been surprised by the performance and while Pro Football Focus certainly has their share of detractors, they seem to have nailed it with Feeney as he graded out as one of the worst linemen in the NFL last season.

Feeney’s replacement, little-known James Murray didn’t look much better than Feeney and lacks game experience, but through two preseason games, has a less than flattering PFF grade of 55.1. A poor mark for sure, but still better than Feeney’s 51.3.  And as luck would have it, Murray was carted off during the team’s joint practice with the Philadelphia Eagles yesterday.

Add to this the fact that the Jets are hurting on the outside with Mekhi Becton being evaluated for a concussion, Chuma Edoga coming back from a knee injury and Conor McDermott out with a knee injury of his own and you wonder if Zach Wilson should be suiting up this week at all.