Jets Healing up as Season Approaches; Becton Among Those on Track for Week 1 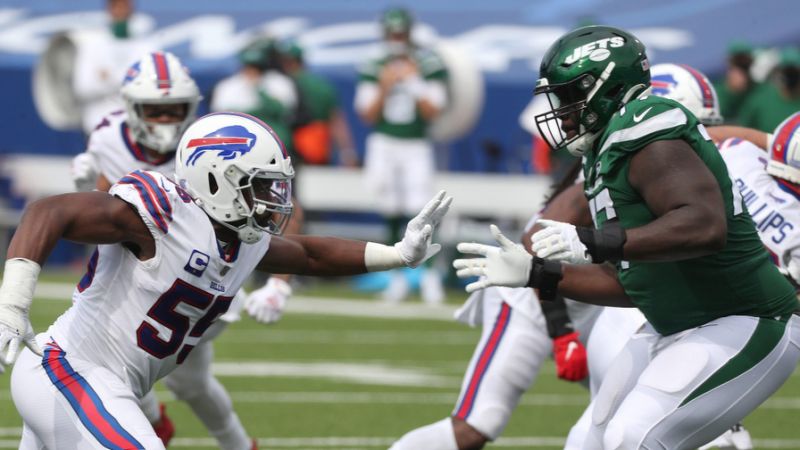 Jets head coach Robert Saleh met with the media and provided some updates on the team’s long list of injuries and it sounds as if things are up the upswing.

According to Saleh, left tackle Mekhi Becton, wide receiver Denzel Mims, running back LaMical Perine and cornerback Brandin Echols are all expected to be ready when the season kicks off against Sam Darnold and the Carolina Panthers two Sundays from now.

This, according to DJ Bien-Aime of the New York Daily News

Brandin Echols is healthy according To Saleh.

There’s no concerns about Mehki Becton week 1 available according to Saleh also.

As injuries mounted during the back end of training camp, this is good news for the Jets as the games will count in just a couple of weeks.